WGN America has released a teaser trailer for the limited series, “Shoot the Messenger,” which is slated to premiere early 2018. The eight-part, one-hour series stars Elyse Levesque (“Orphan Black”) as Daisy Channing, Lyriq Bent (“The Book of Negroes”) as Kevin Lutz, Lucas Bryant (“Haven”) as Simon Olenski and Alex Kingston (“Doctor Who,” “ER”) as Mary Foster.

END_OF_DOCUMENT_TOKEN_TO_BE_REPLACED

While WGN America might have gotten out of the ‘premiere series’ game, that hasn’t meant it’s abandoning original scripted programming.

Following its acquisition of Anna Paquin’s Bellvue, WGN America has acquired a trio of shows for its ‘Prime Crime’ slate: 100 Code, Shoot the Messenger and Pure. Read on to check out trailers for all four shows – which will premiere in 2018.

100 Code finds Dominic Monaghan’s New York homicide detective tracking a serial killer to Stockholm; Shoot the Messenger follows Elyse Levesque’s reporter becoming part of her story when she witnesses a homicide, and Pure follows a newly-elected Mennonite pastor trying to rid his community of drugs but is in over head.

END_OF_DOCUMENT_TOKEN_TO_BE_REPLACED 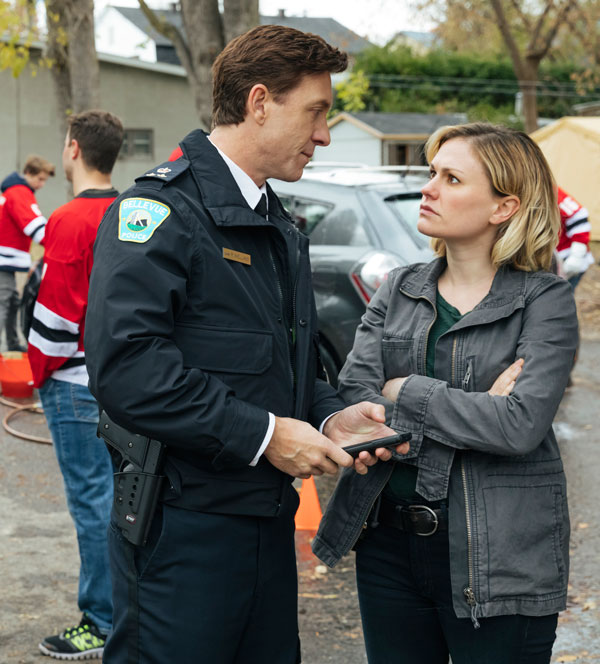 Whew, I thought WGN America was dead, so it’s nice to find out that they are bringing out new programming and is bringing one of my favorites Anna Paquin (True Blood, X-Men) back to television as a Producer and star of Bellevue. Bellevue is another one of those small town with big secrets dramas.

END_OF_DOCUMENT_TOKEN_TO_BE_REPLACED 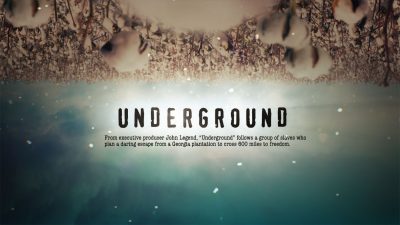 You all know I have mad love for WGN, wth are you guys doing? You cancel Manhatten, Salem, Outsiders and now Underground? Are there any shows left? I’ve been to the set of a couple of these shows and can tell you WGN invested heavily in these productions. It seems clear they are getting out of the scripted show game. I’m hoping I’m wrong because I have no clue what this means for the future of WGN as a viable network. As far as I can tell they don’t have anything new in the pipeline.

I think the problem is that while I absolutely loved all their shows, they weren’t “easily digestible,” nor had wide appeal. You really needed to be in a specific mindset to watch them they were brutal and intense, but always took you on a strange, interesting, and ultimately satisfying journey. I loved WGN because they weren’t afraid to think outside the box and be bold and different.  Here’s the official release. The statement from Peter Kern seems particularly laughable. Not happy about this news at all.

END_OF_DOCUMENT_TOKEN_TO_BE_REPLACED

President Trump might want to catch this week’s episode of WGN America’s Underground – for purely educational purposes if nothing else.

In this week’s episode, Whiteface, John Legend – an executive producer on the show – will guest star as renowned abolitionist Frederick Douglass as he attends a Philadelphia party to discuss the cause when events turn chaotic.

END_OF_DOCUMENT_TOKEN_TO_BE_REPLACED

Underground’s co-creator Misha Green and star Amirah Vann have recorded PSAs for domestic violence and suicide prevention that will air at the conclusion of the show’s March 15th and 22nd episodes.

The PSAs will address domestic violence and suicide prevention to provide a resource for viewers who may be dealing personally with these issues. Vann’s character (Ernestine) faces these struggles, which were brought to light in the season two premiere of “Underground.”

END_OF_DOCUMENT_TOKEN_TO_BE_REPLACED

WGN America will air the underground railroad documentary Breaking Free ahead of the second season premiere of its hit series Underground.

The documentary special tells the stories of the soldiers of the underground railroad while chronicling the making of season two of WGN America’s Original Series, Underground.

END_OF_DOCUMENT_TOKEN_TO_BE_REPLACED 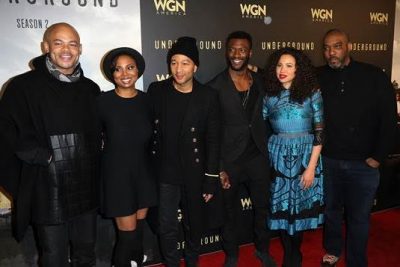 I’m in LA this weekend attending a junket for WGN’s Underground. John Legend and the cast spent last weekend promoting the show at Sundance. We got a chance to be the first people, ever, to watch the S2 premiere. I’m not allowed to say much about the season premiere we watched last night but the audience reaction to the very last shot of the episode was funny. To say everyone was shocked is an understatement. Season 2 premieres March 8th. Be sure to check out our Youtube channel for behind the scenes videos of the Junket. Interviews will be posted end of February.