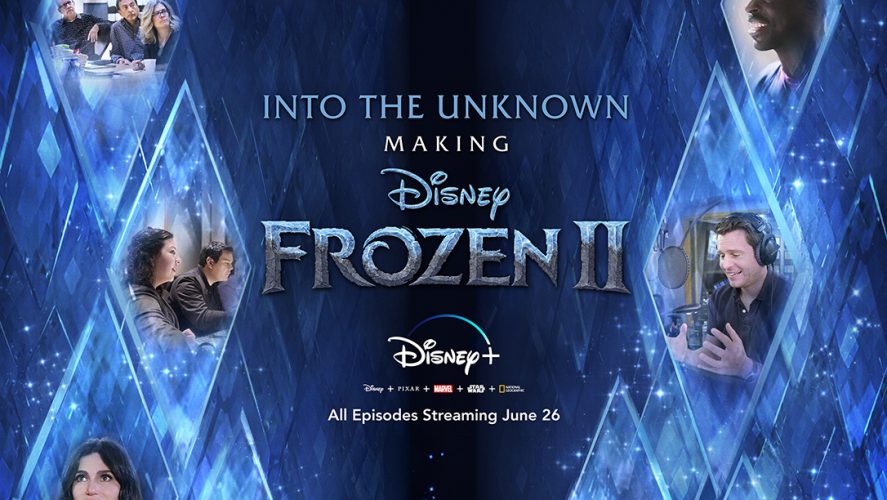 Disney+ will take us behind the scenes to explore the making of the hit animated film Frozen 2 in a six-part documentary series called Into the Unknown: The Making of Frozen 2. The series will premiere on the streaming service on June 26th.

In the new trailer for Frozen 2, a bedtime story grows to become an epic quest – with the fate of Arendelle hanging in the balance. Frozen 2 opens on November 22nd.

The teaser trailer has dropped for Walt Disney Animations Studios’ Frozen 2. The fast-paced teaser never lights on any one thing long enough to suggest a plot, and the characters have no lines, but it does convey a darker, slightly scarier and very fast-paced film Frozen 2 will open on November 22nd.

It’s official! Hulu has picked up Veronica Mars for a limited series to premiere as a Hulu Original in 2019. The streaming service has also obtained the streaming rights to all three seasons of the original TV series – to stream on Hulu beginning Summer 2019.

Buzz for Teen Titans Go! To the Movies was that it was a clever superhero satire wrapped in the guise of a kids’ cartoon. That is not the case.

When a workaholic young executive (Kristen Bell), is left at the altar, she ends up on her Caribbean honeymoon cruise with the last person she ever expected: her estranged and equally workaholic father (Kelsey Grammer). Like Father premieres on Netflix on August 3rd.

The winter premiere of The Good Place (NBC, Thursdays, 8:30/7:30C) begins with a truly intriguing event: Michael’s boss, Sean, applauds his efforts and gives him a promotion!

A one-hour musical television special, “Encore!,” will premiere on ABC on Sunday, Dec. 10th (10:00/9C). Kristen Bell, reunites the cast of a high school musical and asks them to perform it again twenty years later. Each former student reprises their role from their original production of Stephen Sondheim and James LaPine’s Tony-winning musical, “Into the […]

For the very first time, Kristen Bell and Idina Menzel – Disney’s Princesses Elsa and Anna – will perform together for the first time on television. The duo will perform When We’re Together from the new Disney featurette, Olaf’s Frozen Adventure, on Disney Park’s and ABC’s The Wonderful World of Disney: Magical Celebration (Thursday, November […]