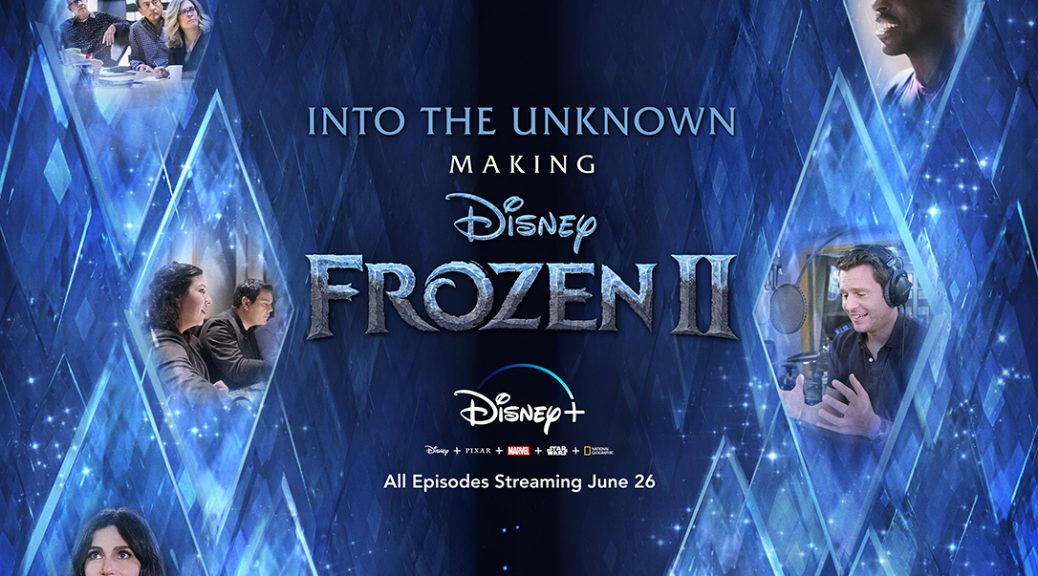 Disney+ will take us behind the scenes to explore the making of the hit animated film Frozen 2 in a six-part documentary series called Into the Unknown: The Making of Frozen 2.

The series will premiere on the streaming service on June 26th.

Into the Unknown: Making Frozen 2 is streaming June 26 on Disney+
With the clock ticking and less than a year until the world premiere of Frozen 2, the filmmakers, artists, songwriters and cast open their doors to cameras for a six-part documentary series to reveal the hard work, heart, and collaboration it takes to create one of the most highly-anticipated films in Walt Disney Animation Studios’ near-century of moviemaking. For the first time, cameras were there to capture an eye-opening – and at times jaw-dropping – view of the challenges and the breakthroughs, the artistry, creativity and the complexity of creating the #1 animated feature of all time.
The series follows director/writer/chief creative officer Jennifer Lee, director Chris Buck, producer Peter Del Vecho, songwriters Kristen Anderson-Lopez and Robert Lopez, actors Kristen Bell (“Anna”), Idina Menzel (“Elsa”), Josh Gad (“Olaf”), Jonathan Groff (“Kristoff”), Sterling K. Brown (“Lieutenant Mattias”), Evan Rachel Wood (“Iduna”) and the talented artists and technicians of Disney Animation as they race against time to finish the film, with both creative breakthroughs and frustrations along the way. Produced by Lincoln Square Productions and Walt Disney Animation Studios.
Frozen 2: Facebook: https://facebook.com/DisneyFrozen/