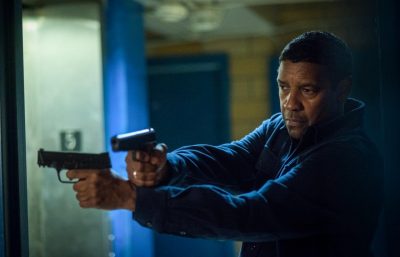 Robert McCall, the OCD ex-CIA operative with the imperturbable Zen calm, is back.

Once again played by Denzel Washington and directed by Antoine Fuqua, The Equalizer 2 is pretty much the sequel we’ve been expecting – McCall is now stepping in for those who seemingly can’t be helped and, exacting revenge for the death of a friend.

Fuqua’s The Equalizer introduced us to OCD ex-CIA operative Robert McCall – who had taken upon himself to intervene with the Russian mob after meeting an abused teen prostitute.

The unfailingly polite McCall was very different – despite his knack for ‘wetwork,’ and living with OCD, his imperturbable Zen calm made him unlike any action hero we’d seen before.

In The Equalizer 2 we get to see him taking to his new avocation of helping those who cannot help themselves – the film opens with his tracking down a man who had kidnapped his daughter solely to hurt her mother; helping a Holocaust survivor (Orson Bean), and keeping a young man out of the wrong company (read: gangs).

The most prominent of his efforts in that line is his making a boy’s club of sexual predators regret their actions after they hire him (he’s a Lyft driver here) to take it inside their air home. 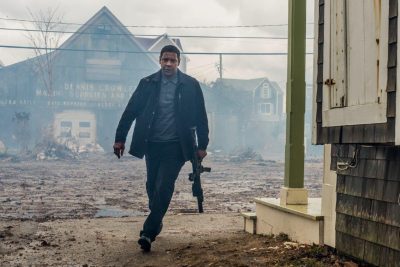 The entire first act is dedicated to showing McCall doing these things, living his life and exhibiting great taste in reading (Ta-Nehisi Coates and, later, Proust) – while setting up a situation in Brussels where a married couple and McCall’s friend (and former handler), Susan Plummer the magnificent Melissa Leo) are murdered.

While the film’s initial violence is limited to the two murder sequences, we are learning more about McCall – whose Zen calm finally takes the tiniest of hits when he learns about Susan’s death – broken to him by his former CIA partner, Dave York (Pedro Pascal).

There’s a moment where you can see, in his eyes, the millisecond where he experiences loss and rage – and we know there’s a lot of death coming.

Written by Richard Wenk, The Equalizer 2 feels much shorter than its two-hour running time because McCall is an interesting (and interested) character – he cares about people and tries to help when he can, but he’s not soft or ridiculously hard.

Washington finds a sweet spot between genuine kindness and sweetness and the kinds of things McCall has done and will do as a result of his time in the CIA (and before that, in…). 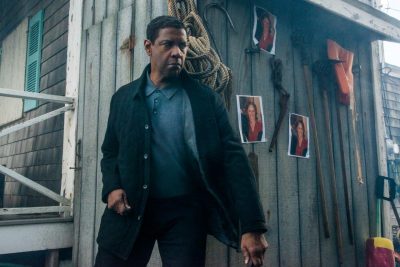 Something that really works for me is that the villains of the piece are guys with specific skills just trying to make a living but have chosen the absolute worst way to do so. At least one of them seems sympathetic for a time before going off the rails.

One of the running gags from the first film – the setting of the stopwatch – returns for a couple of sequences; emphasizing that part of McCall’s OCD.

Even more than in the first film, Fuqua keeps camera motion during action sequences to a minimum. Much of the time, we get to see the action unfold within the frame – which makes it more believable (and reinforces that Washington did a lot of his own stunt work).
If there’s one flaw that is big enough to irk me, it’s that final confrontation (it is in no way a battle – McCall’s just too good for that) takes place in a beach town where McCall used to live when he was married – in a raging storm that seems well on its way to becoming a hurricane.

Who deliberately does that?

With being the most irksome moments of the movie, they still don’t detract from the action – in fact, they play into them with unusual and unexpected consequences.

The Equalizer 2 is a worthy sequel. To the point that I would want to see a trilogy finished (and maybe McCall finding love again…).