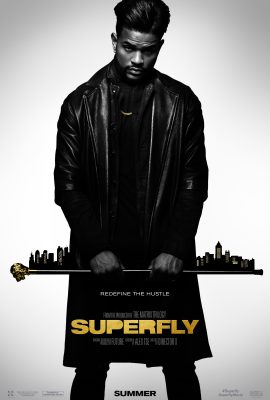 In the tradition of the great Blaxploitation movies of the 60s and 70s, comes Superfly. Not a remake, a reinterpretation of what the word means – redefining the hustle; set in the city of Atlanta, GA.

The final trailer for Superfly is intense and ambitious – just like its protagonist.

END_OF_DOCUMENT_TOKEN_TO_BE_REPLACED

SundanceTV’s Hap and Leonard has been renewed for a third season – subtitled The Two-Bear Mambo (inspired by the novel of the same name by Joe R. Lansdale).

END_OF_DOCUMENT_TOKEN_TO_BE_REPLACED

The second season finale of Hap and Leonard: Mucho Mojo (Wednesdays, 10/9C) wraps up the last loose ends of the season – who was BB and who killed him?

All of the details that have made this season so memorable – deeply unexpected  circumstances; characters that are fully formed and relatable; that hint of the supernatural that feels natural when it really shouldn’t, and a final reveal that is both satisfying and completely logical – culminate in the what is a remarkable season of television.