After finally tapping out on the idea of directing his 20-year passion project the great James Cameron decided to hand over the reins of the Anime classic Alita: Battle Angel to another. In this case Director Robert Rodriguez of Spy Kids and From Dusk To Dawn fame.

END_OF_DOCUMENT_TOKEN_TO_BE_REPLACED

The Super Bowl spot for Alita: Battle Angel focuses on Mahershala Ali’s villain, Vector.  Check it out below.

END_OF_DOCUMENT_TOKEN_TO_BE_REPLACED 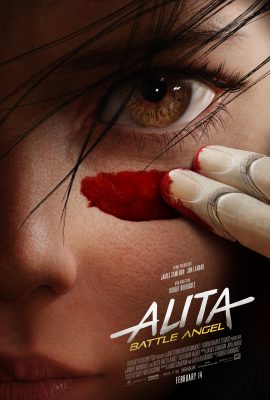 Based on the hit manga and anime, Alita: Battle Angel centers on Alita – a cyborg woman who may be the most effective weapon ever devised.

The new trailer looks even more intriguing than the first one, as Alita discovers her humanity (and kicks much ass).

END_OF_DOCUMENT_TOKEN_TO_BE_REPLACED

20th Century Fox has revealed the newest cast members of the AVATAR SEQUELS who recently explored Pandora – The World of Avatar at Disney’s Animal Kingdom for inspiration. Concurrent production began in Manhattan Beach, CA on Monday, September 25th on the four sequels, the first of which will be released December 18, 2020.

END_OF_DOCUMENT_TOKEN_TO_BE_REPLACED 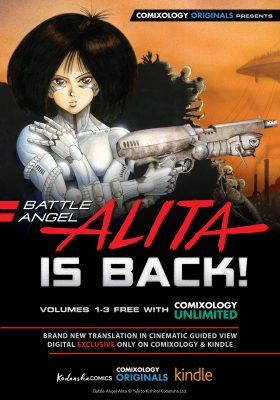 Long out of print, Yukito Kishiro’s classic manga series Battle Angel Alita is available today for the first time in nearly a decade, with a stunning new translation of the first three volumes available exclusively as a digital release from Kodansha Comics via comiXology Originals. Deluxe hardcover editions will follow in the Fall.

The iconic manga series is currently being produced for film by James Cameron.

END_OF_DOCUMENT_TOKEN_TO_BE_REPLACED 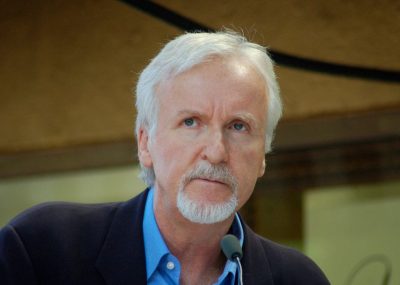 James Cameron is a giant in the history of cinematic science fiction and now he’s going to examine the evolution of the genre in a documentary series for AMC.

The network has greenlit James’s Cameron’s Story of Science Fiction (working title). In each episode, Cameron will tackle a ‘Big Question’ – How will the world end? Will technology destroy us? What does it mean to be human?

James Cameron’s Story of Science fiction is slated for a 2018 premiere. Details after the break.

END_OF_DOCUMENT_TOKEN_TO_BE_REPLACED 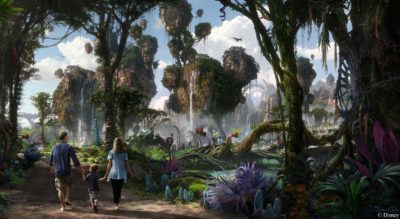 Next summer the world of James Cameron’s Avatar will be welcoming human guests at Disney’s Animal Kingdom.

Take a look behind the scenes in a new video from Disney after the break.

END_OF_DOCUMENT_TOKEN_TO_BE_REPLACED 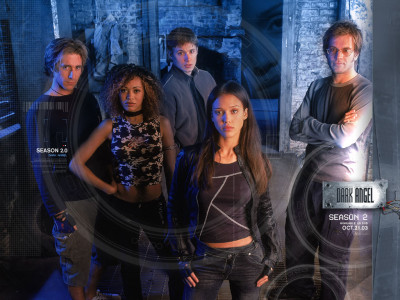 Created by James Cameron – and starring Alba in her lead role – Dark Angel is set in a post-apocalyptic world where the genetically-enhanced Max Guevara (Alba) struggles to survive as government agents try to capture her and others like her for nefarious purposes.

El Rey plans to air all 43 of the series’ episodes. Alba and El Rey creator Robert Rodriguez will provide introductions. For details, follow the jump.

END_OF_DOCUMENT_TOKEN_TO_BE_REPLACED 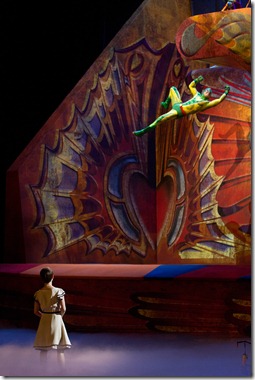 Cirque Du Soleil: Worlds Away is enthralling, entrancing, mesmerizing (pick any one; or all of the above) experience.

END_OF_DOCUMENT_TOKEN_TO_BE_REPLACED

For those of us who can’t afford hundreds of dollars for a live Cirque Du Soleil performance, this looks like the best possible alternative. Breathtaking stuff…