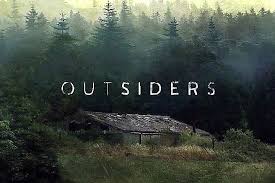 “Outsiders” tells the story of the Farrell clan, a family of renegades who’ve been in the hills of Kentucky since before anyone can remember. Living off the grid and above the law on their mountaintop homestead, they’ll protect their world and defend their way of life using any means necessary.