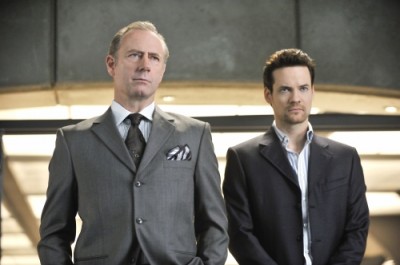 Ever since the series premiered, the story presented that Nikita [Maggie Q] had broken away from the clandestine government agency, Division, that originally trained her to be as assassin and then betrayed her.  Thus began an intricate cat-and-mouse game of one-upmanship between Nikita and Division’s head honcho, Percy [Xander Berkley], along with his extensive network inside and outside of Division.  This included a smoldering  hate-you-love-you  chemistry between Nikita and Michael [Shane West], Percy’s right hand man, whose good intentions have led to several instances of helping Nikita escape throughout the season.  Early on she rescued another young lady, Alex(andra) [Lyndsey Fonseca] who then worked as a mole inside Division while undergoing her own training there.  The series made a smart move mid-season by having Alex graduate to field work and leave the confines and prying eyes of the Division compound.

At the conclusion of the last episode, fans were left breathless at the final image of Michael confronting Nikita at gunpoint in her lair after discovering Alex as the mole inside Division.  “Covenants” picks up exactly where we left off with Michael blackmailing Nikita into getting something done for him, something that the all-powerful Division cannot do – apparently for good reason.  He wants her to infiltrate Gogol in order to get to recognized Al-Qaeda member Kasim [guest star Haaz Sleiman] who was responsible for killing Michael’s family.  She has 24 hours to get the job done in order to protect Alex’s mole role from becoming news to Percy.  Nikita is running around the globe at Michael’s command, so things don’t start happy with them and then things get even worse before they get better. 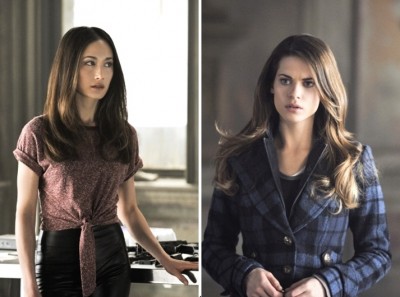 In the meantime, Alex has made friends with her tall and handsome neighbor, Nathan [Thad Luckinbill].  The attraction is mutual and the relationship has been progressing from simple friendship to something deeper.  But Alex knows that it is dangerous for Nathan to be associated with her, even though Nathan is unaware of her Division connection.  Her own mission to take down Division from the inside could destroy not only herself but her boyfriend Nathan.  She decides to break it off with Nathan so that he does not become something that Division can use against her.

As Nikita follows the complex trail, having several harrowing and dangerous confrontations along the way, Kasim is located.  There are no doubts here that Nikita was indeed trained as an assassin.  The explosions, the fights, and the confrontations are intense.  And finally both Nikita and Michael now have Kasim at their mercy.  But things are not as they seem.  Reveal’s about Michael’s past and a jaw-dropping reveal involving Kasim make the scene emotionally powerful.  And no, I will  not  tell you what that Kasim-reveal is.  If you haven’t already read about it from the hundreds that saw the episode at WonderCon, do yourselves a favor and leave some surprises to be revealed while watching “Covenants.”  I will say that what Michael learns about Kasim affects him greatly and has a profound effect on the way he will now approach his future work at Division.  A new level of understanding and respect is forged between Michael and Nikita.

As for the burning question in the minds of the die-hard fans (Is there any Michael/Nikita love action?) allow me to say one word: YES!  We all knew it was heading there someday and that day has finally arrived as Nikita and Michael finally, well, you know.

The whole episode, from beginning to end, is simply outstanding in all its aspects.  It will be extremely satisfying for the diehard fans, and tremendously entertaining for the casual viewer as well. 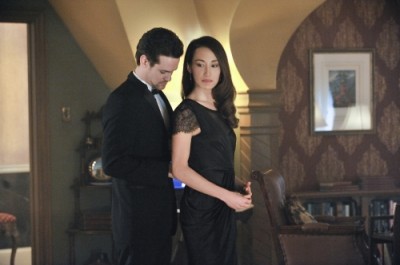