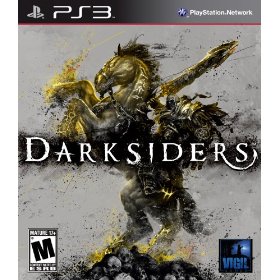 I can’t even begin to tell you what the convoluted story is about – I’ll admit I skipped over the opening cinematic and dived right into the gameplay. In a nutshell you are War a former member of the Four Horsemen of the Apocalypse. You’ve done something wrong and ticked off the wrong demon, now you have been stripped of all your power and are now on a quest to regain what you have lost. Graphically the game is nice if not exciting. There’s nothing here that pushes the envelope or will make you go “Wow” that’s beautiful and so far everything is starting to look the same. 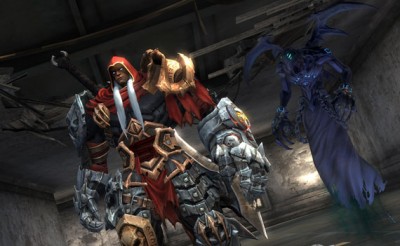 The controls are at times unnecessarily difficult and easy at the same time. At this stage of the game all the enemies take numerous sword slashes to kill – even the minions, but the combos are all pretty much the same and are accomplished by hitting the Square button (I’m playing this on the PS3) repeatedly. Theoretically if you hit the button a certain number of times it performs a different combination. But it doesn’t all it appears to do is a sweeping slash move or you can do air juggles.

In the shop you can purchase different combo attacks but to pull them off is convoluted requiring multiple button press for instance one of them requires you to hit the L2 button, move the directional stick, then hit the R1 and Square. That’s a lot to remember in the heat of a battle, especially when mashing the square button does just as much damage. Another example is targeting, one boss requires you to throw cars at his head, to do this you have to pick up the car with the O, target with the right stick and throw with the R2 button. When your enemy is stunned you can perform a quick kill by pressing the O button. 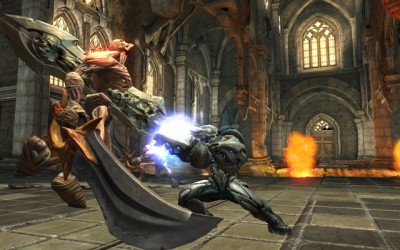 The other problem with the game is there are too many boss battles – I’m only a few hours in and I think I’ve already had 4 or 5 boss fights. The fights wouldn’t be so bad if they had a health meter, instead it takes a page out of the RPG world where we see how many hit points we’re taking off the boss, but it doesn’t tell us how much the boss it’ll take to do the boss in. So taking 3 points is pointless if the boss has say 100 or 200.

So far I like how the hud is laid out it clearly shows us how much money we have and has a nice map that clearly shows us where our next objective is and where some of the treasures are located in the world. The menu system and equipping items is pretty much a mess. I found myself wasting 5 minutes just trying to equip my sword and secondary weapon. I’m also not entirely clear on what it takes to upgrade your character, there’s no information that shows you how or when this process takes place. Usually it’s based on experience points, which are clearly shown and labeled in real RPGs, here it appears to be random.

This is old school gaming with a next gen coat of paint. I think it wants to be a differently kind of Action/RPG but the RPG elements seem to be poorly handled – at this point in the game. Darksiders gives me a bad headache after about 45 minutes of playing, so I have to take breaks from it, but so far I’m hooked and still playing. I’ll definitely finish this game at some point in the next few months because I’m real curious to see where this all goes.