Karaoke Revolution GLEE: Volume 3 allows ‘Gleeks’ to sing their hearts out in multiplayer games featuring up to six players. For the first time, players can belt out memorable performances from Season 2, including songs from popular episodes such as “Britney/Brittany,” “Auditions,” “The Rocky Horror Glee Show,” and more.

Karaoke Revolution GLEE: Volume 3 includes all time classic hits such as “I Want to Hold Your Hand,” “Fat Bottomed Girls,” and “Only the Good Die Young.” Players can also perform to popular renditions of iconic pop songs, ballads, duets, and even hip hop. The extensive song list spans various genres and generations, giving players of all ages a collection of familiar and popular tunes to choose from.

In addition to the new features and songs, the game will introduce downloadable content available for Xbox Live starting in November 2011. Each song can be purchased individually for $1.99 (or 160 MS points) each or in a bundle for $9.95 (or 800 MS points).

“This latest installment to the Karaoke Revolution GLEE franchise takes fans on another chart-topping gaming experience with an all new playlist and the impressive bonus footage they’ve come to expect,” said Jeffrey Godsick, president of Twentieth Century Fox Consumer Products. “It’s the ultimate game for any of the Gleeks out there ready to test their skills alongside the stars of McKinley High.” 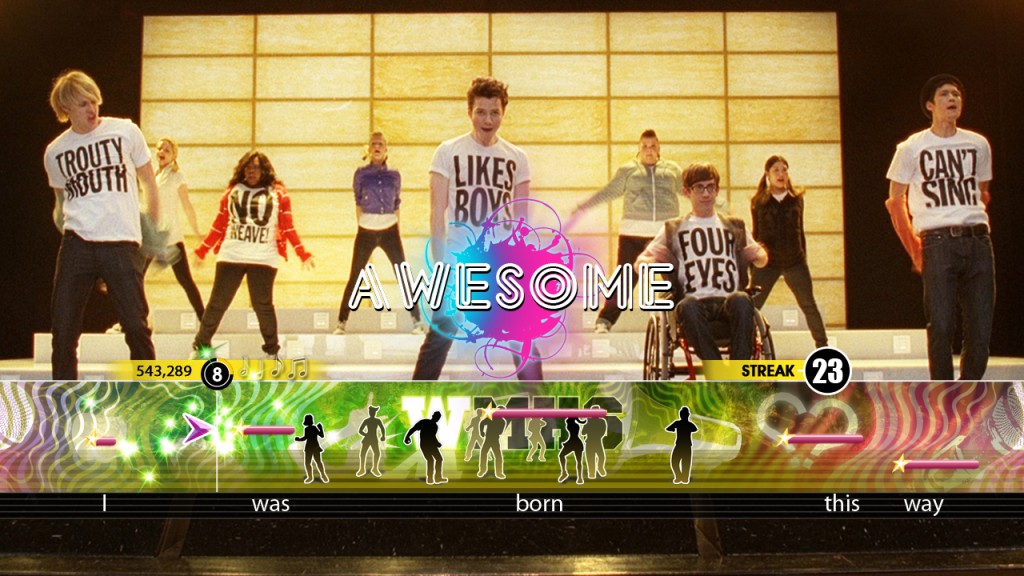 Wii and the Wii logo are trademarks of Nintendo. © 2006 Nintendo.