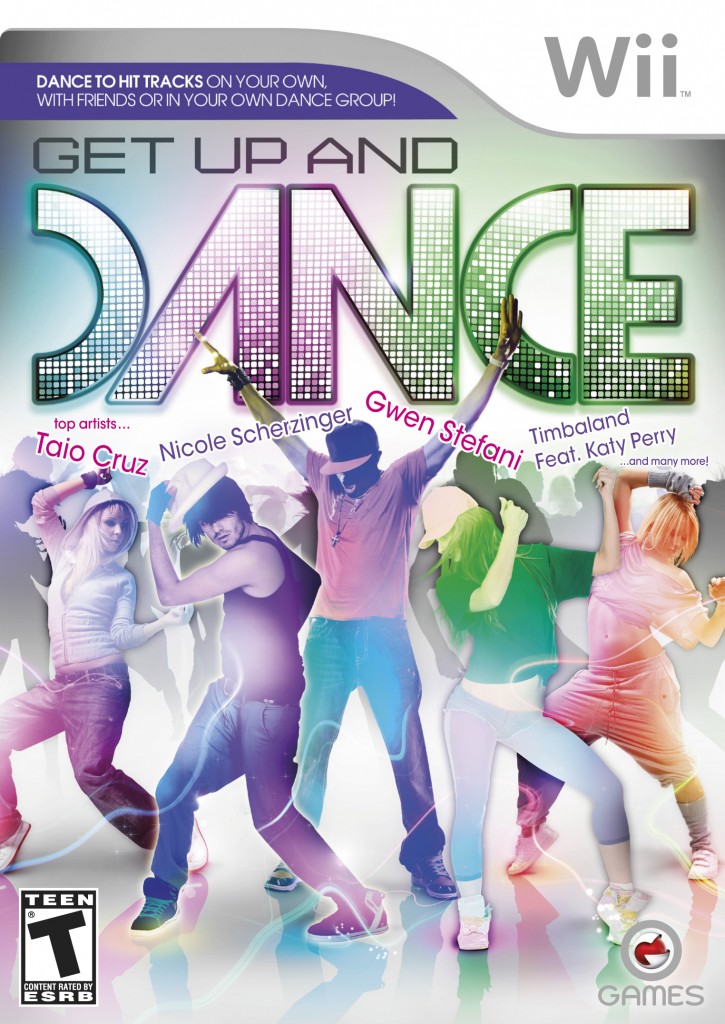 END_OF_DOCUMENT_TOKEN_TO_BE_REPLACED

For all the Gleeks (aka Glee fans) that are video game fans, yesterday was a big day. Video game maker, Konami released Karaoke Revolution Glee: Volume 3 for the Xbox 360 and Nintendo Wii. There are many new additions to volume 3 of Karaoke Revolution Glee that are worth checking out. More details from the press release after the jump:
END_OF_DOCUMENT_TOKEN_TO_BE_REPLACED

Konami and Twentieth Century Fox Consumer Products have come together to bring this exciting news to the fans that have enjoyed playing the Karaoke Revolution Glee game series. They have released a partial song list and a release date of November 22nd, 2011. Here’s the press release with the details:
END_OF_DOCUMENT_TOKEN_TO_BE_REPLACED

Today video game devoloper Konami has released a partial song list for their upcoming game DanceDance Revolution 2 which is to be released on October 11th, 2011. According to Konami –This year offers more sound euphoria, as the KONAMI team in Japan has teamed with western recording artists Vanilla Ice and Maxi Priest to create original music for the game. Branching out to create new tracks with established artists will create a new sound for the franchise and extend the popularity to the fans of both Vanilla Ice and Maxi Priest–. Dance Dance Revolution 2 is expected to be an improvement from the previous DDR and include over 80 songs from some of today’s biggest hits and memorable classics from the arcade versions as well as past console versions. Here is their current partial song list:
END_OF_DOCUMENT_TOKEN_TO_BE_REPLACED 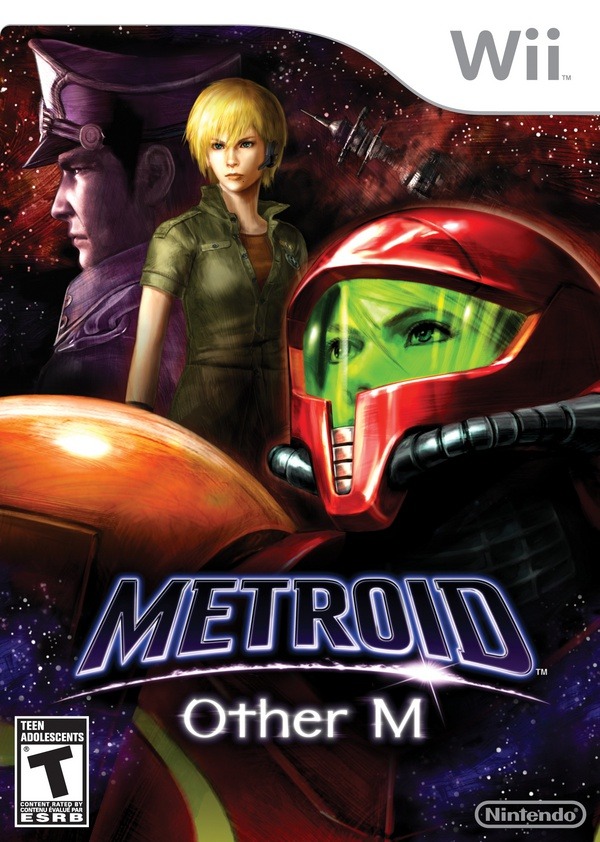 To you hard-core Metroid fans, I’m sure you’ve been following this particular news for a while. To those casual gamers who play on the Wii, let me bring you up to speed.  It has been three years since Nintendo released Metroid: Prime 3 Corruption and a year since Metroid: Prime Trilogy  This upcoming 31st, Nintendo will be releasing Metroid: Other M. “Other M” will be a game that will clearly stand on its own. According to Nintendo, they had A LOT to say about this game…here’s the oveview:

“For decades, Samus Aran has been known as one of the first female protagonists in video games, and one of the most enigmatic. Having traded her haunted past for the solitary life of a bounty hunter, Samus™ finally tells her own tale in this revealing, personal story of her failings, her flaws and ultimately her motivation. Metroid: Other M is an unprecedented collaboration that blends the slick, action-packed production of the world-renowned Team Ninja development team with the game design talents of the creators of the original Metroid. Metroid: Other M is a dramatic new direction for a legendary franchise and a bold new blend between cinematics, storytelling and the best in interactive entertainment.

–Metroid: Other M takes the best elements of 1st-person and 3rd-person gaming to create a seamless blend between gameplay, story-telling and dynamic cinematography, that feels like a movie the player can control.Players hold the Wii Remote controller sideways while navigating and battling in 3rd-person. However, at any moment, players can switch immediately to Wii Remote pointer controls to examine and explore the environments in 1st-person perspective.

–Metroid fans know more about Samus’ suits and weapons than they do about what drives her. That’s about to change. The story begins immediately following the events of Super Metroid, when a baby Metroid gave its life to protect Samus. With voice acting and a rich story, players learn the engaging backstory of Samus as she weaves through an action-packed adventure aboard the Bottle Ship, a decommissioned space facility. As she hurtles into this new adventure, Samus will encounter her first mentor and Commanding Officer of the Galactic Federation, Adam Malkovich.

-The development of Metroid: Other M is an exciting collaboration between Nintendo’s Yoshio Sakamoto and Team Ninja. Sakamoto was the director of Super Metroid in 1994. Team Ninja is the renowned action developer of Ninja Gaiden. Metroid: Other M pairs Sakamoto’s expert level design and exploratory focus of the classic Metroid series with Team Ninja’s signature stylish, no-holds-barred action.”

For me personally, it has been years since I’ve played a Metroid game but “Metroid: Other M” has really caught my interest and has given me the itch to get back into the series again. To those that still play on the Wii, if you’re still not sure about this game, check out the trailer below and decide for yourself: 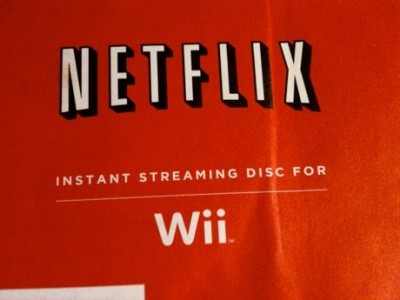 Netflix’s Instant Streaming Discs are arriving in people’s mailboxes this week.  I know a lot of folks think that streaming Netflix on the Wii is pointless because it’s not an HD platform, but really I can’t remember the last time I received an HD Stream from Netflix and I have a Fios Fiber Optic connection. So I’m guessing it’ll be perfectly acceptable on Nintendo’s little platform. Heck this will give me a reason to turn it on – since I haven’t in 11 months. I hope it still works. I love the PS3 Interface but it’s such a hassle to keep up with this dumb disc, since I don’t use my Wii any longer I can always use it as a dedicated Instant Queue box. Do we really want to use Video Games to keep us Fit? I say no, but the success of Nintendo’s WiiFit says otherwise. Ubisoft recently announced that the company will be releasing Your Shape(TM), a ground-breaking new fitness title that leverages the technological advances of an entirely new, revolutionary camera for the Wii(TM) system from Nintendo. Your Shape is scheduled to be released worldwide this Holiday 2009. Your Shape is the first fitness game that comes with a camera peripheral included inside the box. Featuring Ubisoft’s proprietary Body Tracking technology, the game will scan your body and then project the image onto the TV, creating a personalized and interactive workout.

END_OF_DOCUMENT_TOKEN_TO_BE_REPLACED 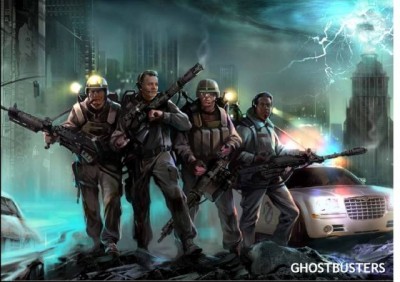 This is old news, but I wanted to give a quick update that the Ghostbusters Game is still on track to hit the streets this June with a twist. It went from being a multiplatform game to being a Playstation 3 and Playstation 2 timed exclusive. Meaning, it’ll take a few months before we’ll see the Xbox 360 and Nintendo Wii versions. The latest screens and trailer for the game is looking really good. I think the game industry is finally starting to get a handle on the whole movie based games thing.