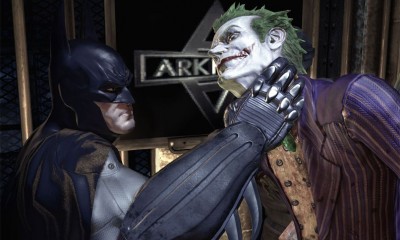 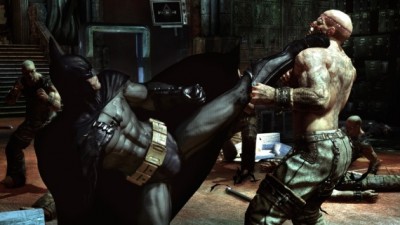 At one point in the game a group of crazy prisoners escape.  In one of the game’s funnier moments the Prisoners will run up and attack you.  As they leap you grab them out of the air, spin and slam them to the ground. My description doesn’t do this justice, but it’s funny as heck and never got old.  There are also some instances where the crazies are standing on a ledge, statue, etc.  You hit them with a batarang from a distance and watch them fall off. Hilarity ensues.

Taking out the two Venom Villains in Botanical Gardens

After spending literally 5 hours trapped in the Gardens trying to rack up enough points to get the advanced Decryptor to disable the Joker’s booby trapped gas. I was more than ready to take out my righteous anger and frustration against the two Venom Villians.  I was very satisfied with that encounter. I was totally blown away when the Batplane made a surprise appearance.  It was so out of left field and unexpected. My mouth fell open and I yelled, yes! Now that’s freaking cool! 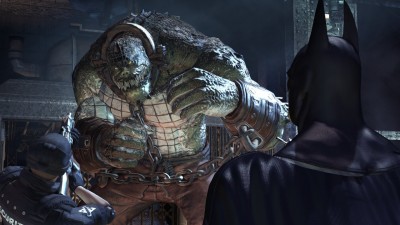 The first time you Clear a Room

You know this game is special the first time you have to clear out a room.  What’s great about it is the numerous different ways you can do this.  You can use stealth, brute force or a combination of the two; I love to play with my food for a bit by just hitting them with a batarang from various spots. Then once they are properly terrified I give them a good glide kick to put them out of their misery.  The game does a brilliant – but annoying thing later, where the Joker gets serious and put bombs on the Gargoyles to take away your aerial attack. I was forced to suddenly play a ground game and it didn’t help that the enemies suddenly got smart and stayed in big groups which made it almost impossible to sneak up on them. 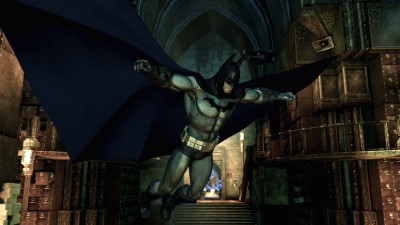 Taking out the Scarecrow

I hated the actual Scarecrow Levels.  But there were a couple of genuinely cool bits like the sequence where the Joker becomes Batman and is riding around in the Batmobile is brilliant or the little Bruce Wayne moment.  The ending to the Scarecrow levels was also fantastic because again it was another example that the developers really understand what Batman is all about.  In the end he feeds the Scarecrow to Killer Croc. How cool is that?

The Inverted Take Down

Swinging from Gargoyle to Gargoyle is one thing, but swooping down from above and hanging them from the Gargoyle after being patient and setting up your victim was sweet.

Where does he get those Marvelous Toys?

Gotta give it up, the developers figured out ingenious ways for Batman to get his gear – one was when he found the Batmobile to get the Gel Gun.  Then the conclusion to this sequence was a great “WTF” moment with the Batmobile and Bane.

Discovering the Batcave and getting the Grappling Gun

The Dialogue in Arkham is brilliant because Barbara acts as the voice of the audience. Late in the game when Batman discovers one of the Joker’s Plans, Barbara is like “Now what?”  Midway through the game Batman tells Barbara he has to go to the Batcave and Barbara said exactly what I was thinking, “What? You have a Batcave in Arkham? How did you get it there?”  Bats response, “I’m, me.”  But when you first find the Cave and he leaps off the leg and flies down is breath taking.