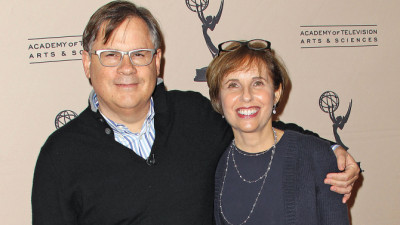 The creators of The Good Wife, Robert and Michelle King, have sold a comedy-thriller call BrainDead to CBS. The network has ordered BrainDead stright-to-series with a 13-episode order.

“BrainDead” follows a young, fresh-faced Hill staffer getting her first job in Washington, D.C. and discovering two things: 1. The government has stopped working, and 2. alien spawn have come to earth and eaten the brains of a growing number of Congressmen and Hill staffers. Think The Strain meets The West Wing.

BrainDead is slated to premiere in 2016. The Kings will continue to oversee The Good Wife in the meantime. For further details, follow the jump.

Series Comes From Robert and Michelle King, Acclaimed Creators and Executive Producers of “The Good Wife”

STUDIO CITY, CALIF. – CBS has given a straight-to-series order for 13 episodes of “BrainDead,” a one-hour comic-thriller from Robert and Michelle King, acclaimed creators and executive producers of “The Good Wife.” The series will be broadcast in summer 2016.

“BrainDead” follows a young fresh-faced Hill staffer getting her first job in Washington, D.C. and discovering two things: 1. The government has stopped working, and 2. alien spawn have come to earth and eaten the brains of a growing number of Congressmen and Hill staffers.

“We wanted to do a show that was a mix of genre-pulp and high-brow politics – ‘The Strain’ crossed with ‘The West Wing,’” said executive producers Robert and Michelle King. “It seemed like the best way to address the news today – not straight, but as the opening act of a horror movie.”

“Robert and Michelle have developed an intriguingly original concept with layers of humor, suspense and the supernatural,” said Nina Tassler, Chairman, CBS Entertainment. “We look forward to launching it to U.S. viewers and a worldwide audience next summer.”

“BrainDead” is a CBS Television Studios production. The series will be distributed domestically by CBS Television Distribution and worldwide by CBS Studios International.

The Kings will continue to serve as executive producers/showrunners of “The Good Wife,” network television’s most critically acclaimed drama, when it returns for its seventh season on Oct. 4.