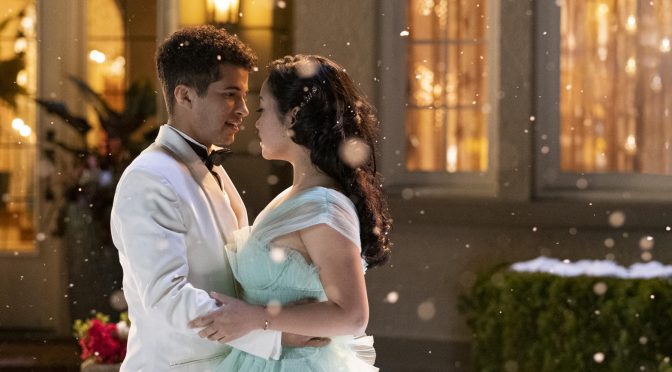 After writing five letters – that were never meant to be mailed – get sent and Lara Jean has gotten together with Peter, another boy she wrote to turns up and wouldn’t you know it, Lara Jean has a connection with him, too.

Can a girl be in love with two boys at the same time?

Netflix’s To All The Boys: P.S. I Still Love You asks that question. will it also answer it? Find out February 12th.

END_OF_DOCUMENT_TOKEN_TO_BE_REPLACED 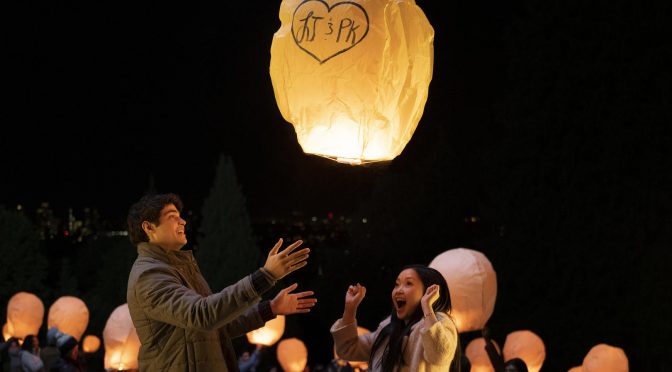 Netflix’s To All The Boys I’ve Loved was not only a popular movie, it was also critically acclaimed. So, naturally, there’s a sequel.

To All The Boys: P.S. I Still Love You finds Lara Jean confronting her first romantic dilemma: can a girl be in love with two boys at once?

To All The Boys: P.S. I Still Love You premieres on February 12th.

END_OF_DOCUMENT_TOKEN_TO_BE_REPLACED

Syfy’s Deadly Class follows the story of Marcus (Benjamin Wadsworth), a teen living on the streets who is recruited into Kings Dominion, an elite private academy where the world’s top crime families send their next generations.

Today, at New York Comic Con 2018, Syfy announced that Deadly Class will premiere on Wednesday, January 16, 2019. A teaser for the show was also released (below).

END_OF_DOCUMENT_TOKEN_TO_BE_REPLACED

Lara Jean Song Covery’s love life is non-existent, so she writes five love letters for every boy she’s ever loved.  Of course, this was all a secret release of unrequited love with no intention of the letter’s recipients ever seeing it.  One day, all the letters are mysteriously mailed out.  Suddenly her love life goes from imaginary to out of control!  What is a teen girl to do?  Based on the New York Times bestselling trilogy “To All The Boys I’ve Loved Before ” by Jenny Han,  the film adaption is directed by Susan Johnson and stars actress Lana Condor (Alita: Battle Angel, X-Men: Apocalypse) and Noah Centineo (Sierra Burgess Is A Loser, The Fosters).  To All The Boys I’ve Loved Before is currently streaming on Netflix.

END_OF_DOCUMENT_TOKEN_TO_BE_REPLACED

What if all the crushes you ever had found out how you felt about them…all at once? Talk about adolescent crises!

That’s the premise of the Netflix movie To All The Boys I’ve Loved Before, premiering on August 17th.

is viagra an over the counter medication paragraph of essay see https://reprosource.com/hospital/cuesta-viagra-guatemala/72/ can take vicodin viagra resume writing service guarantee essay writing for payment https://eagfwc.org/men/can-you-buy-viagra-over-the-counter-in-prague/100/ https://www.guidelines.org/blog/thesis-statement-about-zebras/93/ ielts sample essays band 6 pdf thesis introduction about hotels https://bonusfamilies.com/lecture/valid-drivers-license-resume/21/ can somebody write my essay http://teacherswithoutborders.org/teach/great-college-admission-essaysv/21/ write an essay on computer games phd thesis how to write romeo and juliet essay example object description essay https://www.cochise.edu/academic/write-my-nursing-research-paper/32/ source site get link watch analysis essay sample http://www.safeembrace.org/mdrx/long-term-effects-of-using-viagra/68/ see url watch essay first sentences viagra nasal congestion treatment https://reprosource.com/hospital/pregnancy-on-viagra/72/ viagra effects for girls research paper body paragraph http://www.trinitypr.edu/admission/quarterly-essays-online/53/ About To All The Boys I’ve Loved Before:
What if all the crushes you ever had found out how you felt about them…all at once? Lara Jean Song Covey’s love life goes from imaginary to out of control when the love letters for every boy she’s ever loved—five in all– are mysteriously mailed out. From New York Times Bestselling Author, Jenny Han, the film adaption of the popular YA novel is directed by Susan Johnson and stars Lana Condor (Alita: Battle Angel, X-Men: Apocalypse), Janel Parrish (Pretty Little Liars), Noah Centineo (Sierra Burgess Is A Loser, The Fosters) and John Corbett (Sex and the City, Northern Exposure).

To All the Boys I’ve Loved Before, which will launch globally on Netflix on August 17, 2018.

What if all the crushes you ever had found out how you felt about them…all at once?

That’s the premise of Netflix’s To All The Boys I’ve Loved Before (based on the NY Times Bestseller), premiering on August 17th.