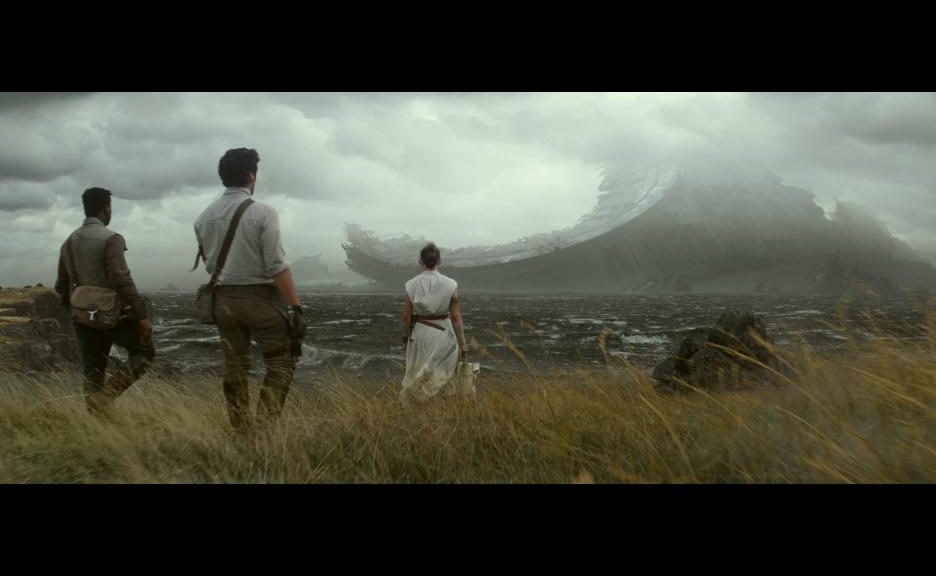 Of the many Stars Wars films, I’ve seen since the OG Star Wars, this has been one of them.

What you need to know: Almost every scrap of wit, invention and imagination brought to the series has been purged or retconned by a writer/director who was obviously intimidated by the very loud (VERY LOUD) minority who slagged The Last Jedi.

While The rise of Skywalker looks like, moves like and sounds like a Star Wars movie, it has a hollowness that almost completely kills the impact of every major plot point.

Basically, the plot is this: our heroes go on a quest to find a McGuffin that will lead to the end of the war; they face and overcome obstacles; face the worst in themselves and emerge triumphant.

Well, of the dozens of Johnson’s ideas that pissed off the (VERY LOUD) minority who bitched and moaned and whined like kindergarten kids who hadn’t gotten their cookie before nap time, only two stuck – and only because retconning them would require much more thought than was given to the plotting of The rise of Skywalker.

Those two – Kylo Ren being Han and Leia’s son, and Ben killing his father – were just too big to erase (though J.J. Abrams tried mightily with a short scene that comes off as both obviously manipulative and maudlin – I know. Movies manipulate – but we’re not supposed to see the manipulation!).

The two retcons that I want to address, specifically, are the presence of a character played by Asian actor who didn’t look like a cover girl, and Johnson’s concept that The Force could, potentially, be wielded by anyone.

How that minority howled at these points – even forcing Kelly Tran to quit social media because of the firestorm. And this from alleged fans of a series that, though meant to be purely fun (a contemporary fairy tale inspired by the movie serials of the thirties and forties), was evolving to include people of colors (and how them aliens, right, folks?).

Well, this is the film those closed-minded idiots wanted: Rose Tico is so peripheral to the film that she might as well not be there.

And yes, The Force, it turns out runs in a select number of families.

The Last Jedi is almost totally gutted by the events of The Rise of Skywalker.

Even the big duels and space battles – dazzling as they might be technically – are exercises of effects with little heart, little pizzazz.

And let’s talk about the real Big Bad.

Not to mention any names (we all know who I’m talking about, right?), but their appearance is shaky enough that I had to wonder if there’s a phrase for the evil equivalent of deus ex machina.

To be clear, Star Wars: The Rise of Skywalker is as perfunctory and hollow as any truly bad movie I’ve ever seen.

Credit where credit is due, though – it’s a terrific lightshow.