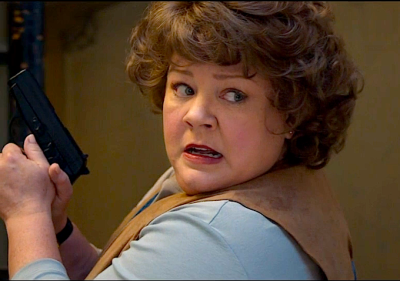 Spy opens with super CIA agent Bradley Fine (Jude Law) at work tracking a mini-nuke that is about to be sold to terrorists by the icy hot Rayna Boyanov (Rose Byrne). The mission fails because of an allergy and the next thing you know, Rayna is informing the CIA that she knows who all its agents in the field are.

When Susan volunteers to go into the field on a track and report mission, the CIA director (Allison Janney) agrees – not just because Susan is unknown to Rayna, but also there’s a tape of Cooper kicks serious tuchus at the academy ten years earlier. When Susan gets the assignment, ultra-macho agent Ford (Jason Statham) throws a (very masculine) hissy fit and quits. 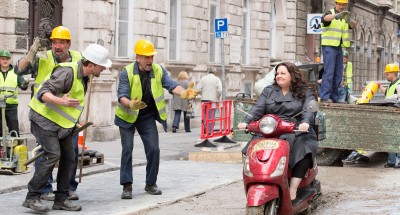 Off course, Susan doesn’t the glamorous cover identity that one of the men would have – she’s a suburban mom with bad. Her lodgings in Paris are probably fifth or sixth-rate. Despite the CIA having a female director, Susan is definitely getting less accommodation (in every sense of the word) than one of the male agents would.

What follows is a comedy of errors – not Susan’s, for the most part – as she becomes the agent in the field and her best friend, Nancy (Miranda Hall) becomes the voice in her earpiece, feeding her intelligence – until she stops (or Susan goes dark because Nancy won’t shut up).

Everything is funneled through the Paul Feig (writer/director)/Melissa McCarthy filter, so none of these things is quite what we’re expecting – possibly the best of which is Susan’s improvisational skills when faced with the possibility that she’s blown her cover (hint: hours spent on that flight simulator game). 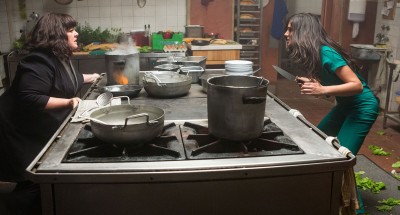 McCarthy is given a character with a real arc and she makes the most of it. She shows that she is entirely capable of carrying a franchise (and is you stay to watch the closing credits, there are a wealth of operations a second or eve third movie could exploit – plus there’s a great gag tagged at the end of the credits!

Also, Jason Statham and Rose Byrne are funny as $#!+!