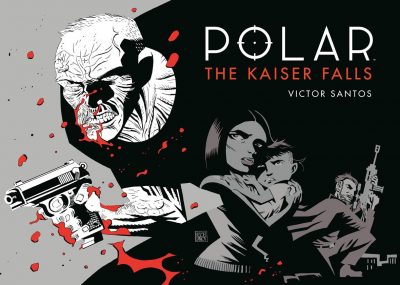 Victor Santos will return to finish his epic spy series, Polar, in 2019 – with Polar: The Kaiser Falls.

The publisher will also release Polar: Came From the Cold and Polar: The Black Kaiser in 2019. 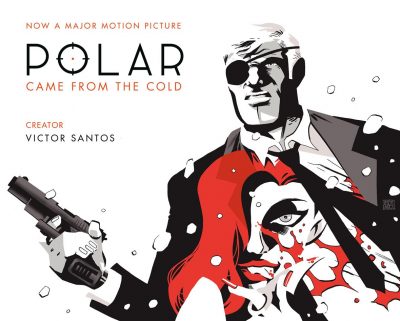 MILWAUKIE, Ore., (October 6, 2018)—2019 is the year of Polar! Dark Horse is thrilled to announce the next and final installment in New York Times bestselling creator Victor Santos’ epic Polar crime-noir series—Polar Volume 4: The Kaiser Falls. In addition to this epic finale, Dark Horse will also publish Polar Volume 0: The Black Kaiser and the second edition of Polar Volume 1: Came from the Cold.
Polar Volume 4: The Kaiser Falls follows Black Kaiser as he tries to assimilate into retired life in Miami. The indomitable spy’s peaceful retirement is interrupted when a rookie assassin finds Kaiser and challenges him for his crown. His simple life becomes complicated when Kaiser’s housemaid has problems with a local gang and resurfacing to maintain the peace puts him right in the new adversary’s crosshairs. Buckle up, because Black Kaiser’s last ride is going to get rough! This beautiful hardcover edition contains 166 pages of pulse-pounding adventure for $19.99. 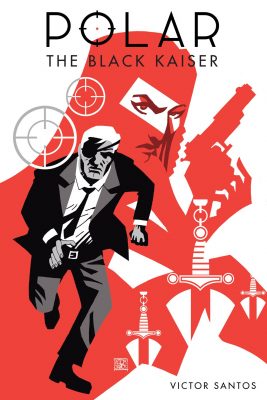 Originally published by Planeta-de-Agostini comics, Polar Volume 0: The Black Kaiser finds the Black Kaiser in direct conflict with the nefarious agency known as the Damocles Initiative. This 96-page hardcover collection explores the origins of one of the most feared assassins in the world for $17.99.

Praise for Polar:
“The type of story that leaves the reader wanting more Polar: Came From The Cold is another worthy entry in the already highly critical and commercial success that is Dark Horse Comics’ already massive catalog.”—Comic Book Bin

“Polar: Came From the Cold is one of my favorite graphic novels of the year for its fresh, fast-paced approach. Reading this yarn is pure fun, and I can only hope that we’ll see a lot more of Black Kaiser next year.”—Den of Geek

“If you enjoy espionage action-adventures then you definitely don’t want to miss Polar: Came From The Cold.”—Hulking Reviewer