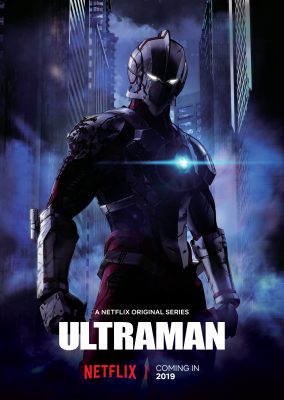 Netflix has announced the acquisition of two new anime series – Ultraman and Kengan Ashura for 2019; the renewal of Aggretsuko for a second season, and the premiere dates for Godzilla: City on the Edge of Battle, Dragon Pilot, Castlevania: Season 2 and Cannon Busters.

Godzilla: City on the Edge of Battle (July 18th)  Dragon Pilot (September 21st) and Castlevania: Season Two (October 26) will premiere this year. The remaining titles will debut in 2019.

Los Angeles, Calif. – Today, as part of their NETFLIX?ANIME panel at Anime Expo, Netflix announced two new anime series, along with the renewal of popular series Aggretsuko for a second season, as well as date announcements and first look images for upcoming titles in their growing anime slate, including the following:

Following the announcements, Netflix Director of Content for Japan & Anime John Derderian moderated a panel featuring key anime creators LeSean Thomas (Cannon Busters), Adi Shankar (Castlevania) and Shinji Higuchi (Dragon Pilot). On the upcoming anime projects, Derderian noted “As Netflix has grown around the world we have been astounded by the broad reach and great depth of anime fandom. We are partnering with the best global creators to produce a diverse slate of shows that we hope will excite the boundless passion of anime fans and make Netflix a premier destination for this beloved art form.”

An action drama centered around a man possessing the spirit and DNA of the legendary hero “Ultraman” as he wears a metallic ultra suit and fights against evil.

Kazuo Yamashita is an ordinary fifty-six year old man who one day is summoned by the chairman of his company and hired as a gladiator. He learns that these hired gladiators engage in battles called “Kengan Matches: to protect the corporate rights of the businesses they represent. Kazuo Yamashita is assigned to battle a mysterious Kengan fighter named Ohma Tokita. Both men join the “Kengan Zetsumei Tournament” with the hope of winning the spot as chairman of the Kengan Organization.

Everyone’s favorite death metal panda is back! Retsuko will return to Netflix for Aggretsuko Season 2. Produced by Fanworks and featuring a character originally created by Sanrio, the creator of Hello Kitty, season two of Aggretsuko is coming to Netflix.

You can stream season one of Aggretsuko here.

GODZILLA: City on the Edge of Battle 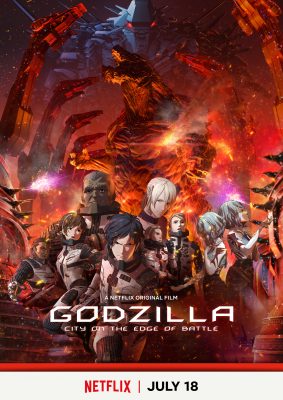 The sequel to GODZILLA: Planet of the Monsters, this epic re-imagining of the Godzilla world in a futuristic setting pits humans and robots against the biggest Godzilla ever seen in an interplanetary struggle for survival.

Godzilla: City on the Edge of Battle will launch on Netflix on July 18, 2018

Godzilla: City on the Edge of Battle will stream here. 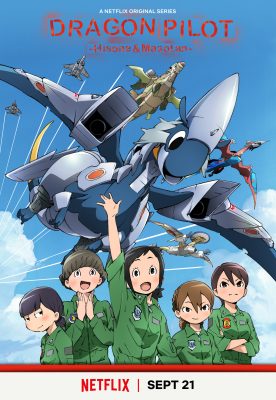 Recently stationed Air Self-Defence Force rookie Hisone Amakasu is chosen by a dragon concealed within Gifu Air Base to be his pilot.

Dragon Pilot will launch on Netflix on September 21, 2018 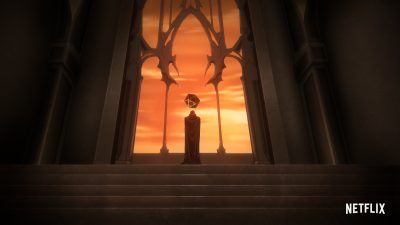 Returning to Netflix for a second season, Castlevania, inspired by the classic videogame series, is a dark medieval fantasy following the last surviving member of the disgraced Belmont clan, trying to save Eastern Europe from extinction at the hand of Vlad Dracula Tepes himself. Trevor Belmont, last survivor of his house, is no longer alone, and he and his misfit comrades race to find a way to save humanity from extinction at the hands of the grief-maddened Dracula and his sinister vampire war council.

Castlevania Season 2 will launch on Netflix on October 26, 2018

You can stream season one of Castlevania here. 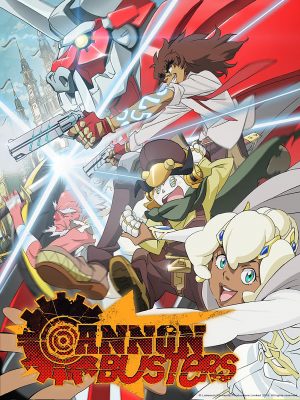 The show follows the adventures and exploits of S.A.M, a high-end friendship droid who’s joined by a quirky, discarded maintenance robot and a brash, deadly fugitive. Together, the unlikely trio embarks on an unforgettable journey in a fantastic and dangerous world in search of S.A.M’s best friend, the heir to a kingdom under siege.
Creator / Director / Executive Producer: LeSean Thomas

Cannon Busters will launch on Netflix on April 1, 2019