That’s not to say that the movie is a not good ‘popcorn fare’. It has some genuinely scary moments that literally make you jump in your seat like the original one did. Just like the original, the New Nightmare on Elm Street still relies on these ‘jump out at you’ moments rather than all out gory gross-outs to give the movie going audience a good scare. 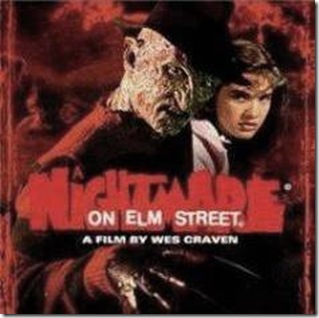 The premise behind the movie– a vengeful entity that can terrorize and kill you in your dreams– is still a solidly scary one. The problem lies in the lack of follow thru of this premise in the reboot and most of all it lies in the lack of having the same kind of strong dynamics that was present between the original Nancy (Heather Langenkamp) and Freddy (Robert Englund) and was such an integral part of the successful storytelling in the original version.

Sadly for this reviewer, the new Nancy (Rooney Mara) in the reboot is no longer the smart, resourceful girl next door who outwitted a morpheus demon. Freddy Krueger(as played by Jackie Earle Haley) is just a mere shadow of the threatening presence he was in the original movie and has none of the screen presence or personality that Wes Craven and Robert Englund instilled into him. In the original version, Wes Craven allowed the story to tell itself through imagery and suspense. He left clues for the audience to pick up on as to when the characters were actually awake and when they were dreaming. Things as brilliant as a single feather floating in the air.

One of my disappointment with the Nightmare On Elm Street reboot is that Bayer and his writers, Wesley Strick and Eric Heisserer have traded in the very creepy atmospheric subtleties the Craven used for a sledgehammer known as exposition to hit the audience over the head.  The scene in which Nancy grabs her head in her hands and cries in distraught “I don’t know if I’m awake or dreaming”, to this review exemplifies how Bayer and the writers have lost touch with allowing the characters  non-verbal actions and the subtle use of visual effects to show you this rather then have the characters shouting it out. 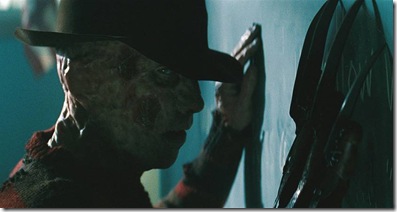 Most of all, my biggest disappointment is with Freddy Krueger himself in the reboot. The horribly scarred, vengeful morpheus demon Freddy Krueger is the linch pin of the story of Nightmare on Elm Street. If Freddy isn’t convincing then there really is no nightmare. This is not to say that Jackie Earle Haley didn’t try to convey the creepiness of this monster in dreamland. It’s more a combination of the new writers and Haley trying so desperately to make Freddy ‘their own’ that they ended up losing sight of the character almost completely. Because of that, in this reviewer’s opinion Freddy Krueger became something he never should have– he became boring! 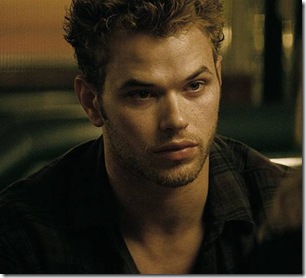 The movie does have a strong cast of twentysome year old actors running around pretending to be teenagers. Katie Cassidy in the more expanded role of Kris Fowles and Kellan Lutz are stand outs among fresh faces in the Nightmare on Elm Street reboot (and Kellan Lutz has the potential to be a Johnny Depp in the making). But in my opinion this reboot really need a familiar face to boost it out of ok and into really awesome– it needed Robert Englund or at least someone who could have really had what it takes to wear the razor glove and step into the role of Freddy Krueger.

Nine, ten never sleep again – unless like me, you happen to find yourself being bored silly by the new Freddy Krueger.