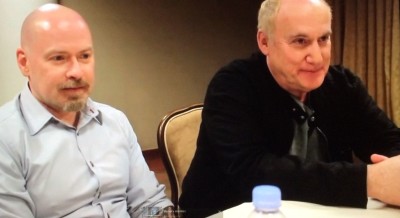 Daredevil is “the man without fear”. Netflix’s first original live-action Marvel series, created by Drew Goddard,  has nothing to fear as it gets picked up for season 2!  Daredevil, created by writer-editor Stan Lee and artist Bill Everett, made his first appearance in Marvel Comics on April 1964.  Over the years, this superhero has appeared in a movie, animated series, television, and video games.  This time it would make an appearance streaming online.  The 13 episode series debuted on April 10, 2015 to critical acclaim.  Showrunners/executive producers Steven S. DeKnight and Jeph Loeb joined reporters to talk about Marvel’s “Daredevil“. 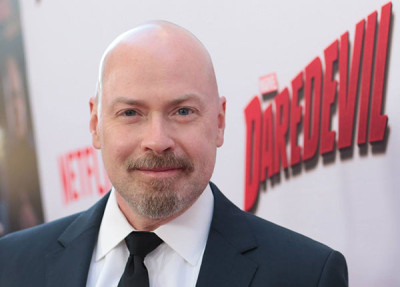 Steven S. DeKnight got his start in writing as a staff writer on MTV’s “Undressed”.  He then went on to write for the groundbreaking Joss Whedon series “Buffy the Vampire Slayer”.  He wrote, directed,and produced episodes of “Angel”, “Smallville”, and “Dollhouse” before creating and running the Starz series “Spartacus”.  A fan of Daredevil since childhood, DeKnight was the perfect match to take the reins over Marvel’s newest show on Netflix in May 2014. 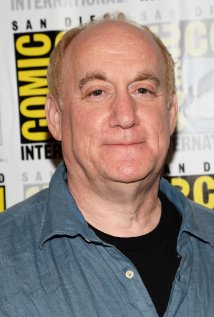 Jeph Loeb grew up in Connecticut collecting comic books.  He made his filmmaking debut as a writer for “Teen Wolf”, followed by “Commando”.  His love for comic books returned when he wrote for “Smallville” (Superman) and other comic book icons such as Spider-Man, Iron Man, and Batman.  His other tv production credits include “Lost”, “Heroes”, “Marvel’s  Agents of S.H.I.E.L.D.”, “Iron Man”, “Wolverine”, “X-Men”, “Blade”, “The Avengers”, “Hulk and the Agents of S.M.A.S.H.”, “Ultimate Spider-Man”, and “Agent Carter” to name a few.  This Emmy-nominated, Eisner Award-winning writer and producer is currently Marvel’s head of television.

Steven S. DeKnight explains about how the story all comes down to characters and how the luxury of time on the Netflix model allows focus to be on one hero instead of the tv network model of introducing several characters immediately.  Jeph Loeb talks about how the show is a crime drama first and a superhero story second, and discusses the perks of not having to wait a week to see the next episode with online streaming.  They both reveal that one can still keep up with Daredevil’s storyline even if you aren’t familiar with The Avengers. And for hardcore comic book fans–they won’t be disappointed.

Check out the interview of amazing writers/producers Steven S. DeKnight and Jeph Loeb below!

Tune in  to “Daredevil” on Netflix and get ready for an action packed adventure as you see Daredevil, Foggy Nelson, Karen Page, and Claire Temple battle to protect Hell’s Kitchen against the evil Kingpin! 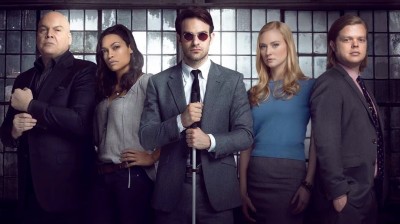