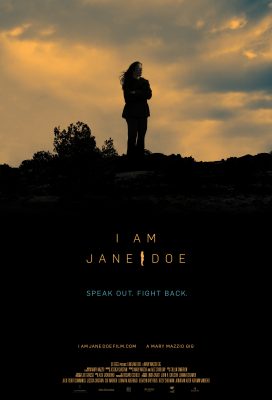 I Am Jane Doe is the documentary that follows the efforts of the parents of survivors of child sex trafficking in America to take down the men who facilitated that trafficking via the website Backpage.com by hiding behind a law meant to help the internet grow.

In and of itself, I Am Jane Doe is a horrifying film because it points out, rightly, that child sex trafficking is a huge business in America. It’s the story of the efforts of the parents of three survivors of the trade to find justice – and the way that the men responsible for their ordeals could hide behind a section of the innocuous sounding Communications Decency Act.

The Communications Decency Act, Section 230 states that owners of websites are not responsible for material posted to those websites by third parties. The most successful legal efforts against Backpage.com succeeded because of the way that the website set up rules to coach pimps and traffickers to avoid giving the appearance of illegality, thus becoming conspirators rather than a completely neutral host to their ads.

I Am Jane Doe examines several different lawsuits; increasing pressure from special interest groups and the efforts of the parents of three girls – ‘J.S.,’ ‘M.A.,’ and ‘Jane Doe’ to deal with this business and the effects it has had on their lives.

There is a host of numbers made available, most of which are mind-boggling – but none so much as that of the 1.6 million kids who are homeless at any given point in time in America, a conservative estimate is that 15% of them have, or will become, part of the child sex trade. That’s over 1.5 million children being trafficked for sex.

The second most mind-boggling number is that Backpage.com had, before it closed down its adult classifieds (hours before its owners and CEO were compelled to appear at a Senate hearing), 80% of the ads for selling sex – including the selling of underage children – in the country.

The most important thing that the film does, however, is that it allows the three survivors and their parents to tell their stories – putting a human face on a situation that most people think couldn’t happen here – and show how their fight for justice has progressed (or not).

This isn’t a slick feature on some inconsequential yet buzzworthy passing thing – Backpage.com has made in the high hundreds of millions of dollars capitalizing on the suffering of these children.

Director Mary Mazzio has assembled interviews with lawyers fighting for these children; Cook county Sheriff Tom Dart, who sent cease and desist letters to VISA and MasterCard informing them what Backpage.com was doing and requiring them to stop dealing with them (a move that resulted in a lawsuit against him which he then lost); members of Congress, including Senators John McCain and Claire McCaskill; and more, to telling effect.

There are recorded excerpts of court cases and Senate hearings and family home movies of the girls from before they disappeared into the world of the child sex trade; extensive interviews with the girls and their parents.

The many references to the Communications Decency Act serves to render its title deeply, darkly ironic – what Backpage.com did under its protections can in no way be considered decent.

Then there’s the question of the judiciary’s continual ignorance of the import of what’s happening (one judge, supposedly one his generation’s best, refuses a suit on the grounds that ‘sometimes an older man likes to be seen with a young beautiful woman’). Frequently, it appears, they just don’t get it – or worse, don’t want to get it.

On the side of the angels, there’s self-admitted street lawyer Eric Bauer, who achieves one of the astonishingly few victories for the girls and a partner at the prestigious firm of Ropes and Grey in Massachusetts – who are determined to see things through.

I Am Jane Doe is horrifying because every word of it is true – and it’s happening right here – not in some far off African jungle or Middle Eastern desert.

It’s horrifying because it’s the story of children who are taken because of their age – and because the story of Backpage.com has its beginnings in one of the most revered journalistic traditions, the Village Voice – a newspaper known for taking on the worst of America without backing down.

It’s horrifying because even though Backpage.com took down its adult classifieds hours before its owners and CEO were compelled to appear before a Senate hearing, it isn’t even a victory – as long as Section 230 of the Communications Decency Act remains in its current form, there’s absolutely nothing to stop another Backpage.com from springing up.

It’s horrifying because – due to lack of education on the subject, or through willful ignorance – lawmakers and the judiciary have, until now at least, sided with corporate greed over the safety and protection of America’s children.

I Am Jane Doe isn’t easy viewing, but it is important and, because it’s well made and thorough, it is very, very effective.

For these reasons and more, it’s important that I Am Jane Doe (in theaters and on VOD now) be seen.