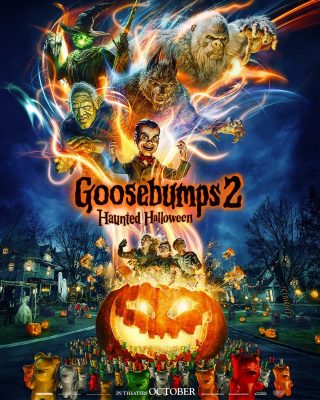 In Goosebumps 2: Haunted Halloween, we learn that there’s on R.L. Stine book that was not opened, until now – and it’s the one book that should never be opened!

Halloween comes to life in a brand-new comedy adventure based on R.L. Stine’s 400-million-selling series of books. The film is directed by Ari Sandel, written by Rob Lieber, and produced by Deborah Forte and Neal H. Moritz.