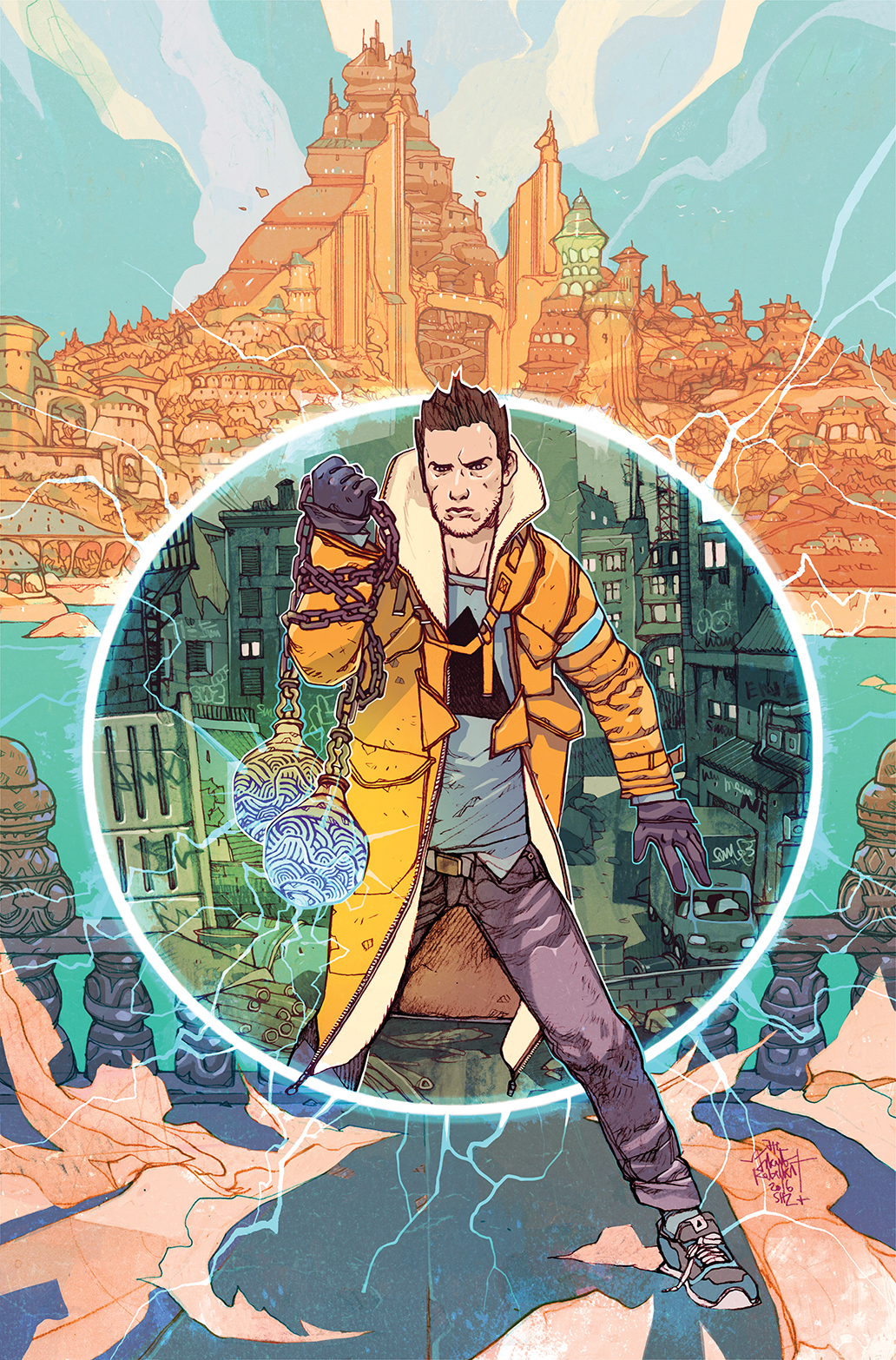 The series is about the strange mission for a young man named Jordan Molossus: he must deliver the remains of his fathers to their final resting place – is is on a world that interconnects with Earth for only seven days, every seven years!

For Namesake, Orlando is teaming with artist Jakub Rebelka – whose art can be seen in the cover for Namesake #1, posted above. Follow the jump for Rebelka’s character designs and more details on Namesake. Namesake will be in stores in October.