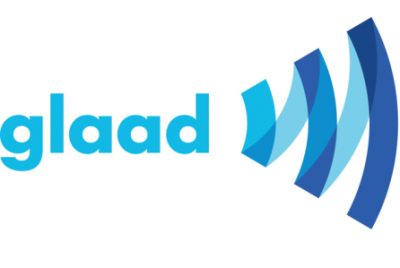 The panel will be moderated by Vulture editor Abraham Riesman and will feature several well known comics creators (including Marvel’s America’s Gabby Rivera, Lumberjanes’ Brooklyn Allen, DC’s Justice League of america’s Steve Orlando and BOOM! Studio’s The Woods creator James Tynion IV – among others) discussing LGBTQ representation in pop culture and the path toward a brighter and more inclusive future.

“GLAAD is thrilled to be working alongside BOOM! Studios to bring this great lineup of creators together to discuss why #RepresentationMatters, what the future of queer-inclusive entertainment looks like, and how they use their platforms to accelerate acceptance of LGBTQ people,” said Megan Townsend, GLAAD’s Director of Entertainment Research & Analysis.

“We are honored to partner with GLAAD at New York Comic Con on what promises to be a great conversation between these influential creators from various areas of entertainment,” added Filip Sablik, BOOM! Studios President of Publishing & Marketing.

BOOM! Studios was the recipient of the GLAAD Media Award for Outstanding Comic Book in 2016 for Lumberjanes, created by Shannon Watters, Brooklyn Allen, Grace Ellis, and Noelle Stevenson, and in 2017 for The Woods by James Tynion IV and Michael Dialynas.

BOOM! Studios returns to NYCC with star-studded panels, a new booth (#1828), and exclusive merchandise debuting at the show. To keep up with more NYCC news from BOOM! Studios, visit www.boom-studios.com and follow @boomstudios on Twitter.

BOOM! Studios was founded by Ross Richie in 2005 with the singular focus of creating world-class comic book and graphic novel storytelling for all audiences. Through the development of four distinct imprints—BOOM! Studios, BOOM! Box, KaBOOM!, and Archaia—BOOM! has produced award-winning original work, including Lumberjanes, The Woods, Giant Days, Klaus, and Mouse Guard, while also breaking new ground with established licenses such as WWE, Mighty Morphin Power Rangers, Adventure Time and Jim Henson Company properties. BOOM! will also bring their original series to life through unique first-look relationships with 20th Century Fox in film and with Fox Television.

GLAAD rewrites the script for LGBTQ acceptance. As a dynamic media force, GLAAD tackles tough issues to shape the narrative and provoke dialogue that leads to cultural change. GLAAD protects all that has been accomplished and creates a world where everyone can live the life they love. For more information, please visit www.glaad.org or connect with GLAAD on Facebook and Twitter.