The cyberterrorism angle is given punch in an opening sequence in that Chinese reactor complex, where we see gauges on a control panel fluctuate ever so slightly but then remaining well into the green even as the water cooling the actual reactors begins to bubble and…

Meanwhile, we are introduced to Nicholas Hathaway (Chris Hemsworth), in jail, being hauled off to solitary for using a cell phone to hack the prison’s accounts and giving his fellow inmates considerably higher credits in the prison’s lunch hall than they’ve actually earned. 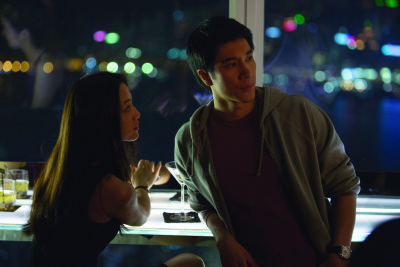 In China, Captain Chen Dewai (Leehom Wang) is assigned the unenviable task of tracking down the cyberterrorist – and he enlists the only completely trustworthy, computer savvy person he can think of – his sister, Chen Lien (Tang Wei).

Chen requests the aid of his college roommate from his days at MIT – and co-creator of the infiltration part of the invasive code – a certain Nicholas Hathaway. Hathaway comes with minders – FBI Agents Carole Barrett (Viola Davis) and Mark Jessup (Holt McCallany) – and an ankle bracelet familiar to anyone who’s seen an episode of White Collar.

Almost the first hour of Blackhat is setting up things, and there are some pretty cool graphics/CG to suggest the action in cyberspace. The film kicks into high gear when Hemsworth figures out that the cyberterrorist may not be after what everyone imagines. From that point, Blackhat moves into a more traditional thriller with car chases, gunfire, explosions and such.

What ups the stakes is the potential that cyberterrorism has been shown to have – and the shift to the more visceral action takes on more weight because of it.

The film relies on its three leads to connect with its audience; the rest of the roles are largely briefly sketched support personnel given humanity through the actors – almost in spite of the script. Davis, in particular, gives Bennett a humanity that suits a character who is as conflicted as she is. 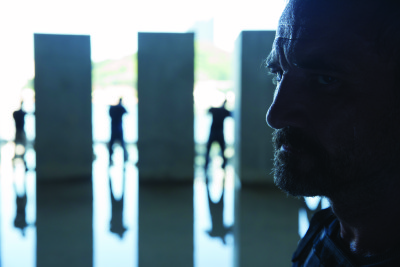 Hemsworth is not, by now, a revelation. He’s a very good actor who can handle drama and action as deftly as humor – and is given plenty of opportunity here.

The Chinese stars, Wang and Wei are also extremely good – he really comes across as dedicated to his work and family; she makes her discomfort with English part of Chen Lien’s charm. Both have great chemistry with Hemsworth, as well.

While the man behind the blackhat keyboard is not revealed until late in the film, his number one henchman, Kassar (Ritchie Coster) in one terrific menacing presence.

Throughout, though, it’s Mann’s muscular direction that shifts gears precisely when necessary that keeps Blackhat from being just another thriller. Also, his refusal to dumb it down for a lowest common denominator audience. The result is a much better January thriller than you might expect.