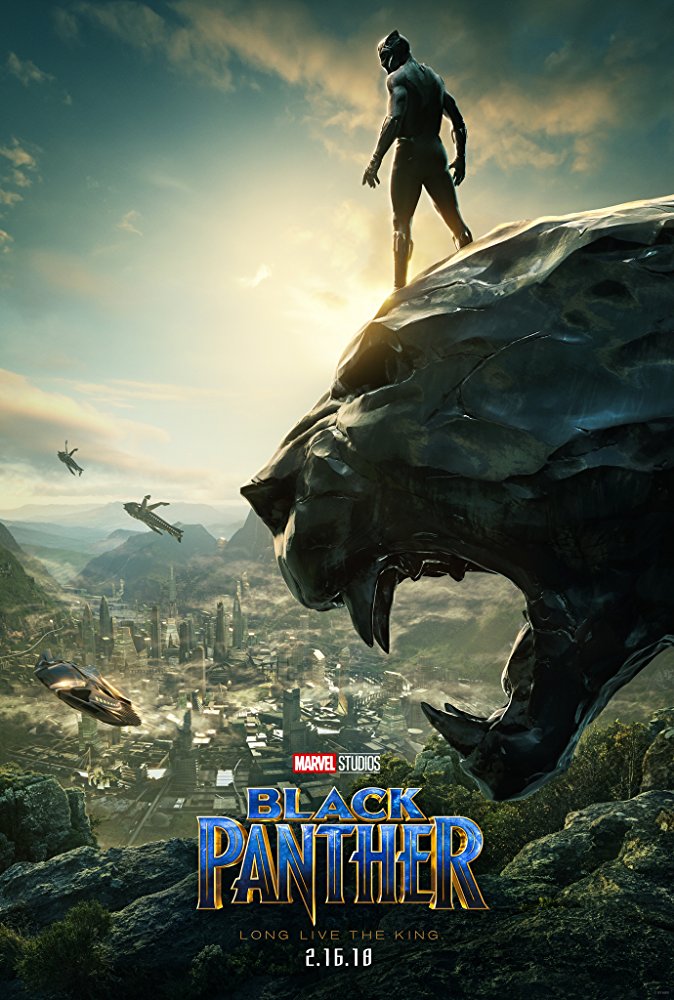 When last I checked Wesley Snipes was a black man. Remember, “Always bet on black?” There would be no Marvel Movies or current super hero craze if not for the success of Blade. Give credit where it’s due. There were plenty of “black” films that featured all black casts, directors, producers, etc. I guess today’s critics never heard of Spike Lee, Ernest R. Dickerson, Robert Townsend, The Hudlin Brothers, etc…. What are they teaching today’s critics? I want people to like and love this movie because it’s a good movie, not because it’s a “historically” significant film because it has a black cast.

Now with my rant out of the way let’s talk about Black Panther. Director Ryan Coogler (Creed, Fruitville Station) knocks it out of the park here. The set design, pacing and general construction of the movie is almost flawless.

The reason this movie works for me is it’s completely separate from the Marvel Universe and I think with this phase Marvel has focused a lot on establishing each film as its own separate entity and has been all about building and introducing brand new worlds. Dr. Strange, Thor: Ragnorak and even Guardians of the Galaxy 2 went out of their way to stand apart from the Avengers Universe and now we have the world of Wakanda. 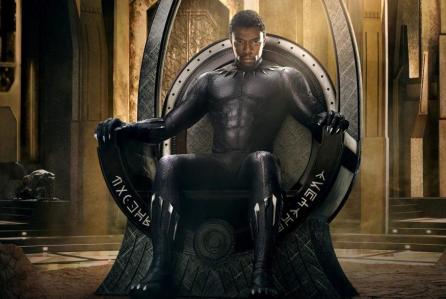 In many ways this has to be done, once we know the Avengers exist. The inevitable question, “Why aren’t the Avengers helping” always comes into play. So setting these films in their own corner of the world/universe where the Avengers has no knowledge of Wakanda, the Mystic Arts, other Worlds, etc. solves this.

If you go into this movie expecting wall to wall action, you will be sorely disappointed. This movie is a character study in its truest sense. Everyone has a full-fledged story ark including the country of Wakanda itself. Wakanda is completely apart from the rest of the Marvel Universe – physically, culturally and politically separate, but by the end the film we see how Wakanda will become a vital part of the bigger picture. Knowing that Thanos is next, the screenwriters  Ryan Coogler, and Joe Robert Cole do a brilliant job of telling this story.

I’m not the biggest fan of Marvel movies, but what they always get right is building their vision and it starts and ends with casting. I’ve always had issues with a lot of the films, but no matter how bad the story telling is, they somehow manage to always pull together a perfect cast and Black Panther is no exception.

Chadwick Boseman is one of the finest, unsung, actors alive right now and he’s been given a chance to really shine here. He oozes a quiet power, grace and intelligence that a role like this requires.  T’Challa / Black Panther is fresh off his mission from the events of Captain America: Civil War. He’s a young leader who has to decide on what direction to take his country in.

Does he finally let Wakanda engage with the broader world or does he keep his country separated and hidden and he’s pulled in a million different directions. But he also has a strong support system in the form of his fun sister Shuri (Letitia Wright), a scientific genius. His ex-lover Nakia (Lupita Nyong’o) and his loyal general Okoye (Danai Gurira).

One of the areas where Marvel movies always fail is in creating compelling villains that don’t fall into lame character tropes. The only exception here is Loki, but that’s more because of Tom Hiddleston’s amazing performance than the villain himself and I’d argue it’s time Loki goes away for a bit. 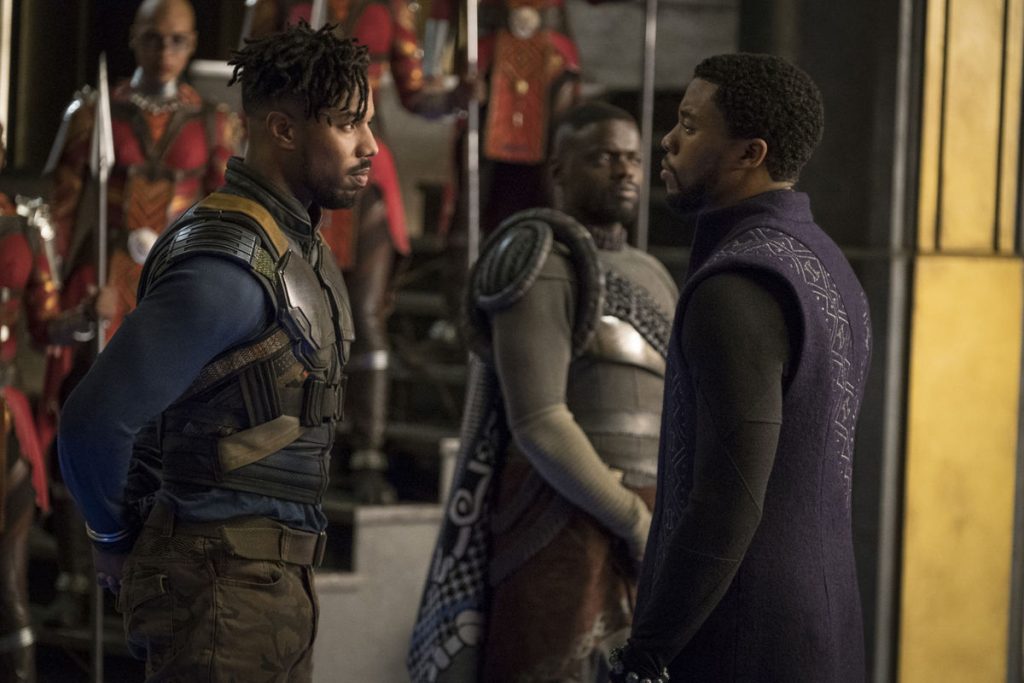 Maybe after Black Panther, people will finally give Michael B. Jordan his due and finally admit that he’s a hell of an actor. Fantastic 4 wasn’t a bad movie because he was cast as Johnny Storm! His Killmonger is the best villain Marvel has ever written, heck not just Marvel but all Super Hero films – accept X-Men’s Magneto (Ian McKellen). He is complex and like all great Villains his motivations aren’t completely evil, sure there’s hate involved, but he’s not wrong in his hate.

The conflict between him and T’Challa is a slow build and the reveal of the reason why makes him a sympathetic and hateful character that in the you want to see him go down a different path. Jordan display swagger that he probably learned in Creed, the Johnny Storm cockiness and the vulnerability from Fruitville Station to form this complete character study.

As much as I liked the movie there were things that bugged me.

There were some annoying stereotypes in this film as well, there was one tribe who had these weird circular objects in their mouths that gave them exaggerated big lips and I sat there thinking, “really?” And this tribe that barked as their “war cry,” things like this bugged the heck out of me and the 3D was pointless.

All the other previous Marvel movies always left something that made you think/know that it was coming back for another part. Black Panther told a complete story that doesn’t overstay its welcome and left me feeling completely satisfied and happy that I went on this journey.