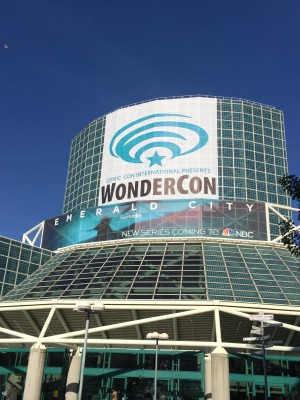 It’s that time of the year where everyone dons their Batman and Stormtrooper and favorite Disney character costume.  No, we’re not talking Comic Con (although give us a few months and we’ll be in full blown Comic Con mode).  We’re talking WonderCon.  All thirty years of it.  And they have relocated to my part of town–Los Angeles!  It is the first time that Comic-Con International has done a convention in Los Angeles.  Now let’s take a trip back in time from March 25 to 27 and recap my annual pilgrimage to one of the best conventions that comic book fans flock to every year.

For the past two years, I had been driving to the Anaheim Convention Center for WonderCon, so what a pleasant surprise to know that WonderCon would be in the Los Angeles Convention Center this year.  The new location did not stop the thousands of fans from flocking to downtown Los Angeles.  By March 2, the show had sold out. For those who get lost on the way, just look for costumed characters, with the release of Star Wars last December, there were storm troopers  along with the yearly Batman, Spiderman, and Wonder Woman.  Disney will always be a fan favorite with a bevy of princesses. 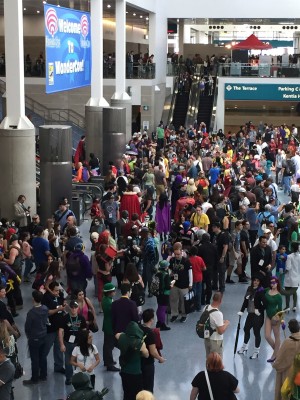 For the past two years, I had been driving to Anaheim for WonderCon, so what a pleasant surprise to know that WonderCon would be in the Los Angeles Convention Center this year.  The new location did not stop the thousands of fans from flocking to downtown Los Angeles.  By March 2, the show had sold out. And for you newbies who didn’t know where WonderCon was being held, just follow the costumes.  With the release of Star Wars last December, there were storm troopers and Rein’s abound along with the yearly Batman, Spiderman, and Wonder Woman.  Disney characters will always be a fan favorite.

As always, previews and panels for our favorite shows and upcoming shows were there.  This year, panels were present for “Wayward Pines”, “Marvel’s Agents of Shield”, “Damien”, “The Last Ship”, “Izombie”, “Sleepy Hollow”, “Orphan Black”, “Stitchers”, “Shadowhunters”, “The 100”, and “Legends Of Tomorrow”, “Bob’s Burgers”, “Bordertown” , “American Dad” (it’s officially 200!), “Scorpion”, “Thunderbirds Are Go” and “DC’s Legends Of Tomorrow”.  There were also screenings and panels for new upcoming tv shows such as “Preacher”,  “Containment”, “Wynonna Earp”, “Voltron: Legendary Defender” and “Justice League vs. Teen Titans” .  Let us not forget the screenings and panels for upcoming movies “Teenage Mutant Ninja Turtles:  Out Of The Shadows” and  “Ratchet and Clark”. 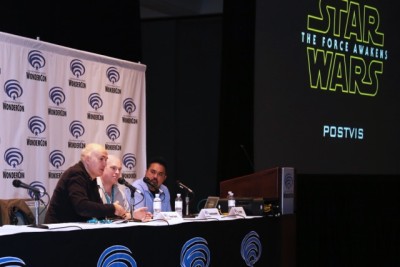 The exhibit hall was teeming with countless booths of anime toys, costumes, and comic books.  Lots and lots of comic books. In fact, DC Entertainment announced details of its “Rebirth” title during a live-stream press conference last March 26 where fans would get more story, more often beginning in June 2016.  That same day Star Wars fans were treated to tricks of the trade behind the visual effects. For those attendees with stunning costumes, they had a place in the 12th annual WonderCon on-stage competition at the WonderCon Masquerade where the intricacies and details of the designs could be enjoyed by all.

If you’re wondering if WonderCon will continue to be in Los Angeles next year, it won’t. As much as I like it in Los Angeles, it will return to it’s regular location at the Anaheim Convention Center from March 31-April 2. Perks?  It’s not Easter weekend!

Make sure to check back to Eclipse Magazine for upcoming interviews at WonderCon on select tv shows. Lots of great things are going to hit your tv set for the current season of some of your fave shows, including some new shows that will be premiering in the next several weeks. I’d love to tell you what new story plots and characters will be headed your way, but the showrunners, producers, and cast of these shows will do that for me.

I end my annual WonderCon article with a quote by the late Gene Roddenberry (Star Trek) –  “It isn’t all over; everything has not been invented; the human adventure is just beginning.” 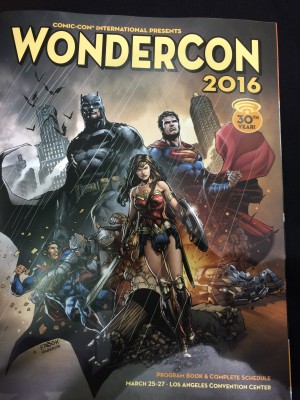