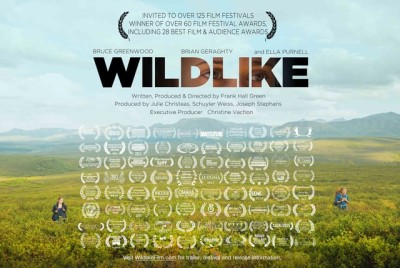 Mackenzie has had a pretty awful year – her father died (in what manner is not specified) and her mother has fallen apart. Now, she has been shipped off to stay with her uncle in Alaska while mom goes into wilderness treatment rehab.

Could things get worse? Yes. Yes they could.

Some time after 14-year old Mackenzie (Ella Purnell, Maleficent, Never Let Me Go) gets off the plane in Alaska, her Uncle (Brian Geraghty, Boardwalk Empire, Ray Donovan) arrives to pick her up. Their meeting is awkward – he hasn’t seen her since she was little, and she is in full on sullen, semi-goth mode.

Uncle (which all he’s ever to as) tries to make her feel welcome – taking her with him to work so she can use his computer, buying her a cell phone – but everything he does feels off kilter and we soon see why. One night, he comes into her room and, after looking at her briefly, gets into her bed.

Not too long afterward, Uncle, Mackenzie and a friend of Uncle’s are in a national park, when an encounter with a man with an Alaskan Husky seems to spark something in her. Saying she’s heading to the rest room, she runs off. Her plan is to get to Seattle because that’s where her mom has moved. She has no idea what she’s getting herself into.

After slogging through some cold, rainy weather, she tries to sneak into an unlocked motel room but has to flee when it turns out it’s occupied. Finding an unlocked car, she sleeps in it and in the morning, she starts following the man who was in the motel room. 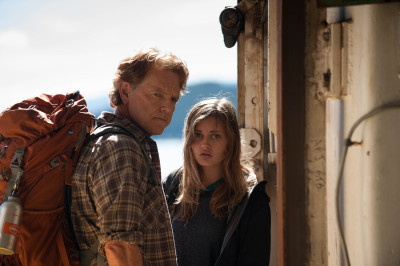 Rene ‘Bart’ Bartlett (Bruce Greenwood) finally lets her hike with him and the two discover they have something in common – deceased family members.

In what is essentially a two-hander, Purnell and Greenwood develop a grandfather/granddaughter chemistry as she wears him down and emotionally browbeats him into helping her. Once he’s decided to help her, though, he somewhat grumpily begins to influence her behavior for the better – for example, after setting up a tarp to shelter them from a sudden rain, he calls her on her language when she declares that his set is ‘f***ing cool,’ ‘By replied ‘It is. Stop swearing.’

As he schools her on camping etiquette, he gradually breaks down her sullenness and she lowers his grumpiness. It takes a while, but eventually, each becomes less wary of the other and a genuine comfort grows between them – though there are a few bumps along the hiking trail.

Written, directed and produced by Frank Hall Green, WildLike is a genuine treasure.

Green has given us a movie about an uncomfortable subject without being either too simplistic or exploitative. He gives the actual abuse just enough screen time to make it clear what is happening and then gets on with how it affects Mackenzie.

Frantic texts from Uncle show how much of a monster he is as he tries to make what happened seem like a consensual thing – telling her how we, or she, would be in trouble if anyone found out and promising he won’t call the police if she comes home. 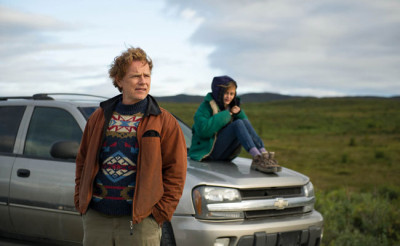 We also discover that Uncle isn’t a stupid guy, either – there’s potential for things to go wrong for Mackenzie almost to the end of the film. It’s fortunate, for her, that she has happened to make a connection with someone who is almost as wounded as she is (Bart isn’t just scarred by his wife’s death…).

WildLike capitalizes on being shot in Alaska – there’s some a lot of stunningly beautiful footage capturing the Alaskan wilderness in different types of weather and really communicating just how amazingly gorgeous it is. Cinematographer Hillary Spera’s work ranges from epic outdoor shots to almost claustrophobic intimate shots.

The key reason WildLike works brilliantly is that Pernell is just so good. When Uncle gets into bed with her the first time, Mackenzie seems to be expecting it and kind of just freezes and we get a feeling that she’s been sullen all this time because she afraid this might happen – and there’s nothing she can do about.

When Mackenzie gets past her initial wariness of Bart, there’s a physical shift in her posture as she slowly becomes comfortable around him. It’s wonderful to see.

And, of course, Greenwood matches her shifts as Bart slowly begins to see how wounded Mackenzie is and starts to care about her.

In short, WildLike blindsided me. I did not expect the intelligent, perceptive, moving film that I got to experience. It’s Green’s first narrative feature. It won’t be his last.