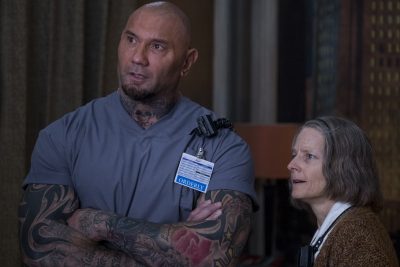 Hotel Artemis is a dystopian tale about a members/criminals only medical facility set in 2028 Los Angeles – where a corporation is the beneficiary of privatized water.

Recall, if you will, the Watts riots, or the riots following Rodney King’s near-fatal beating by Los Angeles cops – or even the riots recently seen in the Detroit. Now imagine them larger by a power ten.

That’s the situation on the night Hotel Artemis takes place.
Nurse (Jodie Foster) is one of the Hotel Artemis’ two employees. The other is Everest (Dave Bautista), whose code is perfectly appropriate. Together, they enforce the facility’s rules – most important of which is no non-members. 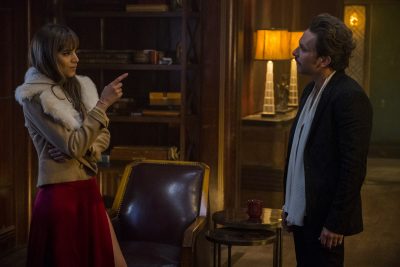 Why does Nurse run Hotel Artemis? Because there are lots of people who take care of the rest of the city.

The facility’s patients are code named after the rooms they inhabit while being treated/recovering from treatment.

The film opens with a bank robbery that goes bad – leading to injuries requiring Nurse’s services. 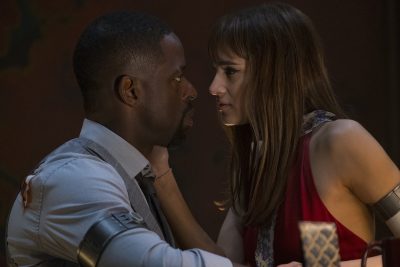 Honolulu is badly injured (multiple gun shot wounds), while his older brother, Waikiki is not nearly as bad.

Acapulco is an obnoxious butt plug of a human being – rude, loud, demanding and misogynistic (and these, apparently, are his good qualities. He is condescending with Nice while simultaneously trying to hit on her. Mistake!

Despite being busy, ‘a Wednesday at Hotel Artemis,’ Nurse is informed that the Iron Wolf (Jeff Goldblum, Jurassic World, Thor: Ragnarok) has just survived an assassination attempt and is en route. So, she has to get the Niagara room ready.

From there, things go, as Nurse puts it, ‘to hell in a handbasket.’ And Niagara’s son (Zachary Quinto) is not helping matters. 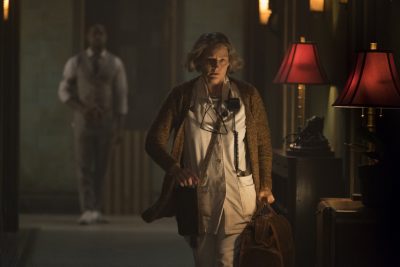 Writer/director Drew Pearce (Iron Man 3) gives us a bit of action to open, while making a statement about corporate greed. From there, tension is gradually built through the use of the score, editing and character interaction.

The feeling of a dystopian Los Angeles is established through a combination of shrewdly edited shots of the rioters and news reports on TV.

Pearce is pretty efficient as a director – Hotel Artemis runs 94 minutes, and everyone is established as a character – even the mystery woman (Jenny Slate) whom Nurse treats in her own room.

The idea of a members-only medical facility is the kind of world building that we’ve seen in John Wick’s international chain of assassin-only hotels. It’s refreshing in the way the John Wick hotel chain is – surely not all injured criminals have a secret doctor (or enterprising veterinarian) to fix them up. 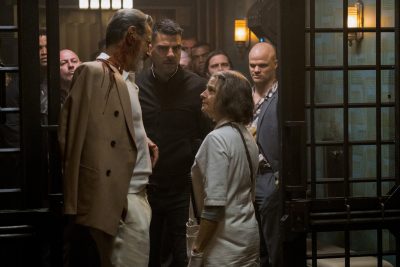 Technically, the film moves well, and the cast are giving terrific performances (acting with a legend like Jodie Foster certainly seems to have raise everyone’s game). Bautista, in particular, is at his not inconsiderable best here.

Placing the facility in an old, unused hotel allows for an intriguing mix of high-tech medical equipment and worn rooms.
The required effects (practical and CGI) are nicely handled and seamless, while lighting enhances (or covers) the glories and flaws in the old hotel.

Overall, Hotel Artemis is no John Wick, but it’s a fun bit of mayhem and intrigue that Says Stuff without really jamming down our throats.