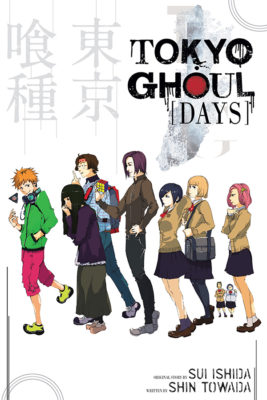 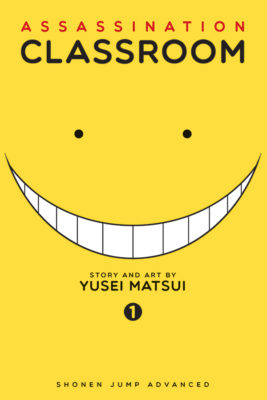 With summer now over, it’s time for school and VIZ Media is putting on two promotions for its hit manga Assassination Classroom: in the digital volume sale, all available volumes of the series are $4.99 each; in the digital bundle sale, volumes 1-11 are $45. Both promotions run from October 4th-10th.

Tokyo Ghoul: Days – the first in a series of novels based on Sui Ishida’s hit manga series, Tokyo Ghoul – will be released on October 18th. Pre-orders are being taken now.

This month, readers can dive into a wide range of noteworthy new releases that includes TOKYO GHOUL: DAYS, the first in a new line of novels inspired by the smash hit manga series created by Sui Ishida, the digital exclusive release of the shojo drama, BOYS OVER FLOWERS SEASON 2, Vol. 4, as well as 7THGARDEN Vol. 2, KUROKO’S BASKETBALL 2-in-1 Vol. 2, and ASSASSINATION CLASSROOM Vol. 12.

In addition to the ASSASSINATION CLASSROOM promotions, readers can look forward to Halloween themed sales featuring your favorite frightening reads. Check VIZ.com for the latest sales!