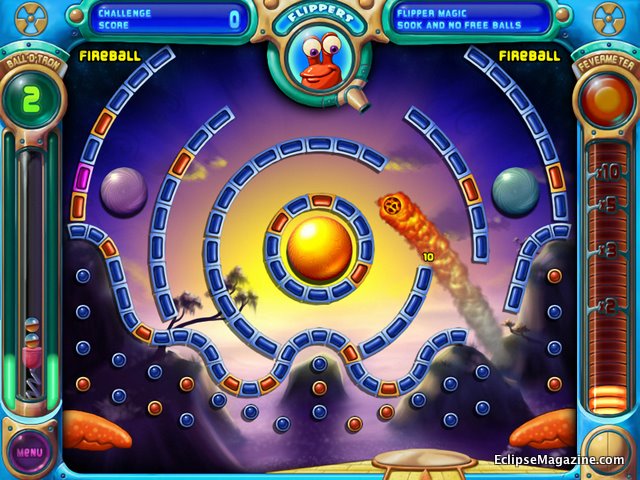 Peggle is the puzzle game that everyone was talking about last year. The sequel, Peggle Nights is coming to XBox Live Arcade this fall. Popcap Games is Tuning the game specifically for the XBLA player, Peggle Nights is an expansion for the original Peggle (XBLA) and includes all the levels and challenges from the PC and Mac versions of Peggle Nights – along with the ability to play all the new Nights content in the exclusive multiplayer modes found only on XBLA. The Peggle Nights expansion pack will be available for download exclusively on Xbox LIVE this fall.

Peggle Nights is the top-selling follow up to the award-winning game franchise, Peggle, whose XBLA version quickly became a fan favorite of Xbox LIVE Arcade players earlier this year.  Peggle Nights will feature all the great gameplay of the original PC version as well as the ability to battle friends and foes, and compare Peggle prowess in the 4-player Peg Party and 2-player Duel modes, the only online multiplayer modes available in any of the many Peggle adaptations to date.

Features in the Peggle Nights expansion pack for XBLA will include: