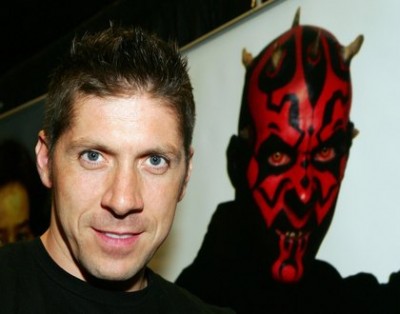 A few weeks ago I had the chance to talk to the great Ray Park – a man who is quickly becoming quite a geek celebrity.  You may not recognize his name but you know his work. He was the iconic dual lightsaber wielding badass Darth Maul Star Wars: Episode I — The Phantom Menace.  He had a brief appearance as Toad in the X-Men movie and now he’s playing another iconic, silent but deadly character – G.I. Joe’s Snake Eyes.  While he usually doesn’t get much of a chance to speak in his movies, you just know whenever he shows up something’s going to go down. Any movie Ray is in, he’s usually the character that ends up stealing every scene he’s in.

This fall he’s going to get a big chance to expand his range by actually speaking – a lot, in NBC’s hit show Heroes, where he plays – what else:  A bad-ass guy with knives.  If you want to see a different side of him check out the movie Fan Boys he does a very funny cameo towards the end. I caught up with him a few days before the debut of G.I. Joe and a day after he finished shooting an episode of Heroes for a man who doesn’t say much in his films he was in a really excited and talkative mood during our call.  You ask him a question and he’ll give you a million stories.

I’m Edgar, we’re part of the new breed of power.  We’re all part of a traveling Carnival.  At the Carnival my disguise is a knife thrower and my power is speed. I’m really fast and accurate with weapons. Samuel is the driving force behind the Carnival.  His brother was killed and I’m his conflicted henchman.  Originally I was only supposed to be in a couple of episodes but my role has been expanded and we’ve already filmed quite a few episodes. I’m a really big fan of the show and in the past I’ve met cast members who were huge fans of mine.  With this part I really get to show something different than I’ve been able to show in my films.

EM – How much did you know about G.I. Joe and how important a role Snake Eyes was going to be when you got the part?

When I took the role on G.I. Joe, I knew who Snake Eyes was and was a huge fan as a kid. I was really into Ninjas and remember how cool Storm Shadow was.  About five years ago Fans were telling me that I would be the best Snake Eyes ever. Eventually that idea started to take hold.  When the chance came to play him I jumped on it.

EM:  How do you approach playing a character like Snake Eyes?

Snake Eyes fighting style is different than mine, so I had to work with the stunt men to add my moves.

EM:  What is this thing you have with the Spin Move, it’s become your signature.  Is this a conscious thing on your part?

I remember when I was a kid I’d watch the Hong Kong movies and I enjoy doing the spin move. It’s a staple of doing Wushu growing up. It’s a way of showing I’m not forgetting where I come from. It comes up in the moment, not something I think of as a signature move. It’s called a Butterfly Twist. I was in the movie King of Fighters and no one has ever done it one Roller skate. I immediately made it a challenge for me to pull it off.

EM: Who are your influences?

I love watching Jean-Claude Van Damme. I grew up watching every Martial Arts movie there was. Jet Li was one of the reasons I got into Wushu.

EM: What is the difference between Wushu and Muay Thai (another EM Favorite Tony Jaa is the best known Muay Thai artist)?

Muay Thai is more of a combat sport using elbows (Ed note – watch a Tony Jaa movie, the way he uses his Elbows is devastating). Wushu is more of a demonstration art.  I used the Wushu to bring out the character more, but I’m still trying to use a signature style with Snake Eyes. I think of it like dancing. 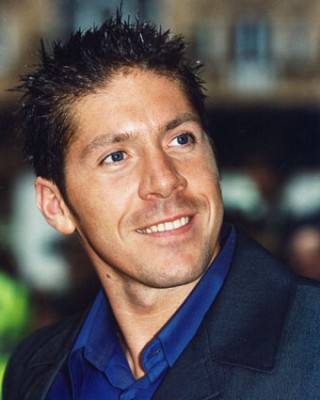 EM: You are keeping yourself busy, I read somewhere that you are actually writing a comic book miniseries for Snake Eyes. Can you talk a bit about that?

Kevin VanHook is a Director friend of mine who is going to partner with me on this project. I’ve had a couple of ideas for Comics and we sat down and talked about them. I gave him the idea.  I’ve always wanted to do a comic book.  The book is a Snake Eyes solo mission about an operative who was jealous of Snake Eyes and tries to ruin his reputation. The Comic Book will take place after the movie.

EM: Recently on Huffington Post there was an article about a US Senator who complained about the G.I. Joe movie having an international cast.

EM: Ok, let’s be real, the super suits look horrible in the trailers, are they that bad when you see them in context? (Ed note, after seeing the movie, yes.)

When you see the suits in action they are actually fun, I think everyone was concerned at how they would turn. The para-sequence is a great sequence because we’re all involved.

EM: How much rehearsal was involved?  And how different was this set verses Star Wars?

I spent 2 or 3 months rehearsing for Star Wars.  For G.I. Joe we did 3 weeks. This movie felt big because it’s Paramount, but with Star Wars it felt more like a family environment, I could always go to George and ask a question. 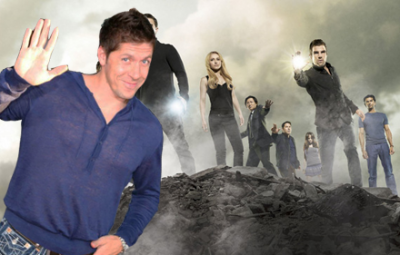 EM: What was it like walking onto the set of Heroes?

I was nervous going onto Heroes. I was a big fan of the show but they were just as nervous about meeting me. They were really professional and made me feel welcome.

EM: What do you want to do in the future?

I’ m really glad my parents got me into martial arts. I don’t ever want to grow up. In three years I hope to open up a Martial Arts school. I remember when I was a kid I wanted to be rich and famous. Now I just want to be successful. I don’t mind doing the comic book roles, but I want do stuff that I can take my kids to. I want to be in a place where I can do what I want.