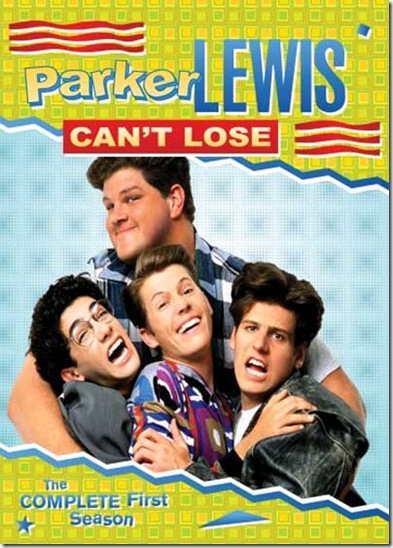 With its sound effects; mosaic transitions; innovative use of dolly shots [giving certain characters the feeling of being inexorably – and far too quickly – drawn to some hideous fate]; slo-mo, fast mo and all kinds of other techniques, Parker Lewis Can’t Lose was a live action high school show that Tex Avery and Chuck Jones might have created.

The characters were fascinating: Parker [Corin Nemec], the ultimate high school hustler with a heart of eighteen karat gold; Parker’s younger sister, Shelly [Maia Breweton], the second most evil character on the show – and constant thorn in Parker’s side; Mikey Randall [Billy Jayne], the leather-jacketed rocker member of Parker’s alliance of “best buds” – also, the one who loved girls but couldn’t talk to them to save his life; Jerry Steiner, Parker’s junior best bud and general tech whiz/gofer; Principal Grace Musso [Melanie Chartoff], the hottest, yet simultaneously most evil school principal ever – and one determined to bring. Parker. Down.; Frank Lemmer [Taj Johnson], Principal Musso’s “Special Obedience Helper,” and Larry Kubiak [Abraham Benrubi], the 6’7” jock whose lunch was sacred – and whose stomp gait literally rocked the halls of Santo Domingo High. 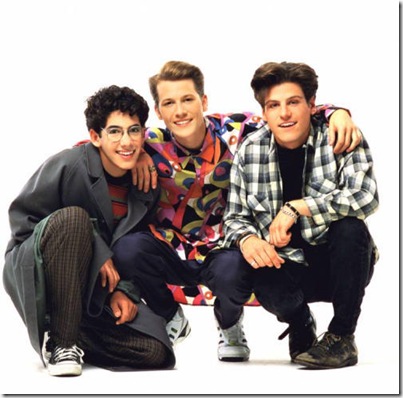 Each episode opened with a blackout skit [always involving some kind of opening/closing door] arranged around the opening credits before moving into the entirely unconnected episode – and closed with another such blackout gag during the closing credits. Of the first season’s twenty-six eps, my favorites are the Pilot, in which we meet all the characters and Parker agrees to play Cyrano to Mikey’s Christian, but then falls for the girl, Robin Fecknowitz [Milla Jovovich], himself; Power Play, in which Parker finds himself up against Parker 2.0/Darker Parker, Matt Styles [Kevin Wixted]; Saving Grace, in which Ms Musso is subjected to her review on a very bad day, then replaced by Dr. Norman Pankow [Gerrit Graham] – who turns Santo Domingo High into an Orwellian nightmare – complete with an homage/riff/rip-off/parody [you choose] of a famous Apple commercial; and Deja Dudes, in which Ms Musso’s high reunion [she’s a Santo Domingo grad] brings back bad memories – and her decision to find the people responsible – and we meet the 1970 versions of the school’s students [scary stuff, kiddies!]

If Parker Lewis Can’t Lose doesn’t make you laugh, then you probably require professional help [not that that’s a bad thing…].

Features: seven Audio Commentaries [Pilot; Close, But No Guitar; Saving Grace; Deja Dudes; Jerry: Portrait of a Video Junkie; The Human Grace; My Fair Shelly] and a featurette, The History of Coolness.

One thought on “TVonDVD: Parker Lewis Can’t Lose! No, Really!”