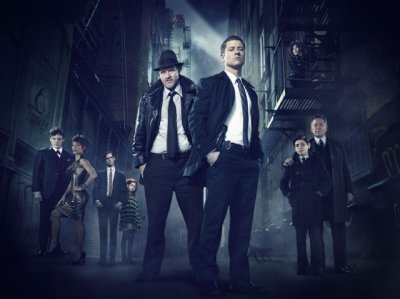 After last week’s stellar outing, I think we’re due for another meh episode. That seems to be how the season is shaping up. Are we going to see a lot of fallout from all the major reveals last week?

Episode kicks off with Gordon, Bullock and Nigma at a crime scene. Is it me or are these crime scene sequences starting to all be the same? I’m already not feeling good about this episode. Bullock and Gordon have their usual conversation about going along with the program. Nigma finds a finger in the throat of the victim. Gross. Penguin steals some rich lady’s brooch, which he gives to Fish as a peace offering during their negotiations. He’s clearly become Maroni’s number 2 man in the organization. She stabs him in the hand with the pin from his gift. 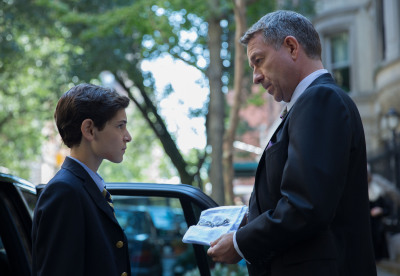 Alfred forces Bruce to attend school, saying he needs some mates his own age. Gordon interviews the mother of the victim. Bullock tells the Captain that Gordon is angry everyone turned their backs on him last week, while the other cops are upset that Gordon showed them all what cowards they are. Penguin gives the  to his mother.

This brooch is getting around. Have I said lately how much I’ve always disliked Carole Kane and she’s awful here. Not sure what the point of this sequence is. So far this episode feels like pointless filler. 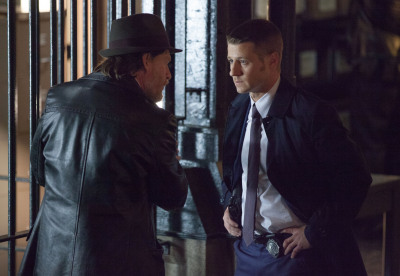 Gordon ruffles some feathers by arresting another detective’s snitch. Bullock tries to talk Gordon down and asks him to release the guy, he refuses. Barbara and Gordon are having issues, she’s scared that the monster will return. Gordon says Zsas isn’t a monster, he’s just a man. 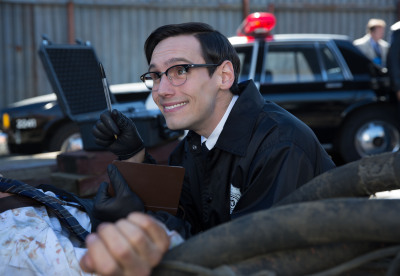 A guy in a weird black mask is behind all the kidnappings. Nigma gets reamed out for doing an unauthorized autopsy. 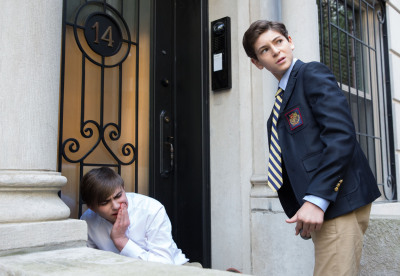 Tommy and his friends are out to get Bruce – no explanation is given. Alfred is not happy to see that Bruce has apparently been beaten up, but strangely there are no marks. Penguin is really enjoying his newfound power. Gordon and Bullock discover Sionis is running a fight club for his employees.

Gordon and the Captain have a conversation about how the death of the Waynes took away Gotham’s last hope and now all the crazies are out. Are we going to get this same speech every couple of episodes? We get it, move on. Gordon is kidnapped again, this seems like a regular occurrence. Cat is caught stealing some stuff and she speaks!

Alfred gives Bruce his father’s watch right before he uses it to beat the snot out of Tommy. Tommy screams that Bruce tried to kill him and Alfred tells Tommy to remember that he let Bruce pummel him. That’s some old fashioned parenting. Where’s Adrian Peterson? To soon?

Bullock is worried about Gordon. No one in the precinct is willing to help him until he calls them out and shames them all with a good raw raw speech. Gordon finds himself the latest target of Sionis who offers $1 million to the one who kills Gordon. Gordon of course beats the crap out of the minions before he takes Sionis himself out.

Liza tells Fish that she’s scared and wants out. Fish tells Liza that one of Falcone’s men killed her mother when she was a little girl and that no man will ever hold power over her again. She promises Liza that nothing will happen to her.

Penguin kills the man who replaced him in Fish’s organization, but not before he gives up Liza. Cat asks Gordon if he missed her. Bruce tells Alfred that he enjoyed fighting, that he’s angry all the time and then asks him to teach him how to fight.

This episode was probably the weakest of the season. Nothing really happened other than Barbara walking out on Jim and the mystery/villain of the week Sionis was about as bland as it comes. They need to figure out what they want Gotham to be and do it quick, the procedural aspects of the show continue to be one of it’s major weak points and so far there’s too much time spent with Penguin and Nigma.

Penguin is quickly becoming the old Heroes villain Sylar where he seems to know everything. Since this episode was so bad, I fully expect the show to continue it’s current trend and have a great episode next week when we meet Harvey Dent.