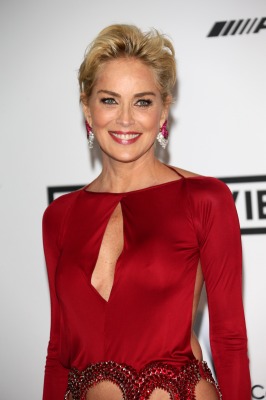 Series to be Produced by TNT Originals in Association with Armyan Bernstein and Beacon Pictures, With Pilot Penned by The Bourne Identity Writer William Blake Herron

TNT has given a greenlight to Agent X, a spirited action-drama starring Jeff Hephner (Interstellar, Chicago Fire) and Oscar® nominee and Emmy® and Golden Globe® winner Sharon Stone (Casino). Gerald McRaney (House of Cards) also stars in the series, which is being produced by TNT Originals in association with Beacon Pictures, with Armyan Bernstein (Air Force One, Spy Game, Children of Men, Castle) and Sharon Stone serving as executive producers. William Blake Herron (The Bourne Identity) who will also executive-produce, penned the pilot, which was directed by Peter O’Fallon (Legit, Suicide Kings). TNT has ordered 10 episodes for the first season of the series, with plans to launch in the second half of 2015.

In times of extreme crisis, when traditional law and government aren’t in a position to help, there is an unseen hand that works to protect this country and its citizens from all manner of threats by any means necessary. Hidden from the view of the public – and even from the President – there is a top secret agent who is trained and ready to serve, deployed only at the careful discretion of the Vice President.

The agent at the center of Agent X is John Case, played by Hephner. Case is a smooth, athletic, tough and quick-witted operative who can be brutally effective when his duties require it. Stone plays America’s first female Vice President, Natalie Maccabee, who pledges to protect the country “against all enemies, foreign and domestic.” Honoring this vow, however, will force her and her secret operative to tackle not only global threats but also the palaces of intrigue of Washington D.C. With Case handling high-stakes missions that are too sensitive for the FBI and the CIA, Maccabee soon finds herself being drawn into the action.

McRaney plays Malcolm Millar, the Chief Steward of the Vice President’s mansion and the keeper of its many secrets. It is he who reveals to Vice President Maccabee the nature of her special responsibilities and who introduces her to John Case, the man currently assigned to serve as “Agent X.”

“Agent X is a perfect fit for TNT’s expanding lineup of action-dramas,” said Lillah McCarthy, senior vice president of TNT and TBS Original Productions. “It’s a slick, high-energy thrill-ride with lots of twists and turns, big action sequences and kick-ass stunts. And at the center of it all, we have an incredible cast led by Jeff Hephner, Sharon Stone and Gerald McRaney.”

An award-winning actress and producer, Sharon Stone came to international attention for her performance in the 1992 Hollywood blockbuster film Basic Instinct and again in1996, when she won a Golden Globe® and earned an Oscar® nomination for her role in Martin Scorsese’s Casino. On television, Stone has been seen in the 2001 HBO movie If These Walls Could Talk 2 and three episodes of The Practice as Sheila Carlisle, earning an Emmy® for Outstanding Guest Actress in a Drama Series. She was also seen Will & Grace, Roseanne and Law and Order: Special Victims Unit. Stone’s additional movie credits include The Muse, Sliver, The Mighty, Basic Instinct 2: Risk Addiction, Alpha Dog, When a Man Falls, The Year of Getting to Know Us, Catwoman, Sphere, Bobby, The Quick and the Dead and Lovelace. A dedicated activist, Stone has worked on behalf of the amfAR for 20 years as the Global Fundraising Chairperson and this was honored this year by the Nobel Peace Laureates with the Peace Summit Award for her work with HIV/AIDS.

McRaney is a familiar face to television fans, from his starring roles in the sitcom Major Dad and the private eye series Simon & Simon to his memorable performances in such recent hits House of Cards, Longmire and Mike & Molly. He also made an indelible impression playing a self-destructive former police officer in TNT’s Peabody-winning Southland. McRaney was also a member of the Screen Actors Guild Award®-nominated ensemble cast of Deadwood. His extensive credits also include guest appearances on the series NCIS: Los Angeles, The West Wing, JAG and Touched by an Angel.

TNT is television’s destination for drama. Seen in 101 million households and ranking among cable’s top networks, TNT is home to such original drama series as Rizzoli & Isles, Major Crimes, Falling Skies, The Last Ship, Murder in the First, Legends, Perception, Franklin& Bash and Transporter The Series. TNT’s upcoming slate of original scripted dramas includes The Librarians, Public Morals, Proof and Agent X. TNT also features such dramatic unscripted series as Cold Justice, On the Menu and the upcoming Wake Up Call. In addition, TNT is the cable home to popular dramas like Castle, Bones, Supernatural and Grimm, which joins the lineup in early 2015; primetime specials, such as the Screen Actors Guild Awards®; blockbuster movies; and championship sports coverage, including the NBA and the NCAA Division I Men’s Basketball Championship.