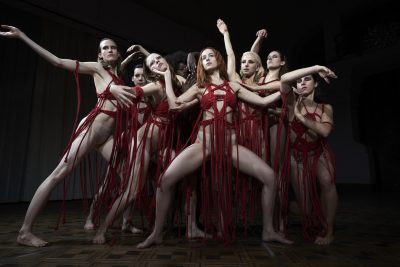 It is almost folly to remake another director’s masterpiece. Even the result is a great film, it will always be second to the original.

Luca Guadagnino (Call Me By Your Name) has remade Dario Argento’s brilliant Suspiria – and the new trailer suggests that he just might have pulled it off. (It’s certainly got the right creepy kind of vibe.)

Suspiria will open in New York and Los Angeles on October 26th before rolling out across the country.

About Suspiria:
A darkness swirls at the center of a world-renowned dance company, one that will engulf the artistic director, an ambitious young dancer, and a grieving psychotherapist. Some will succumb to the nightmare. Others will finally wake up. Suspiria is in New York and Los Angeles theaters October 26, expanding nationwide November 2. Starring Dakota Johnson, Tilda Swinton, Mia Goth, Lutz Ebersdorf and Chloe Grace Moretz. From director Luca Guadagnino.