The Meg is story of a super ginormous shark, and the one man who can help stop it—Jonas (Jason Statham). Five years ago, working as a rescue diver, Jonas had what he believed to be an encounter with a sea beast while attempting to save crewmembers from a nuclear sub at the lowest depth he had ever dived. The purported beast interrupted the operation, and Jonas’ choice to abort the mission in order to save those he could cost him his credibility.

In current day, billionaire Morris (Rainn Wilson) has journeyed out to the middle of the ocean off the coast of China to celebrate his investment—one of the world’s finest research facilities. A team of oceanographers are testing a theory that a portion of what was thought to be seafloor is actually a layer of dense gas which is obstructing a preserved ecosystem below it. Their hypothesis proves true, and a group of divers discover an untouched world brimming with life. Unfortunately, that life also discovers them with the primary source of interest being a megalodon—a 75-foot shark who reigned supreme atop the seafood chain, but long thought extinct. Enter Jonas. 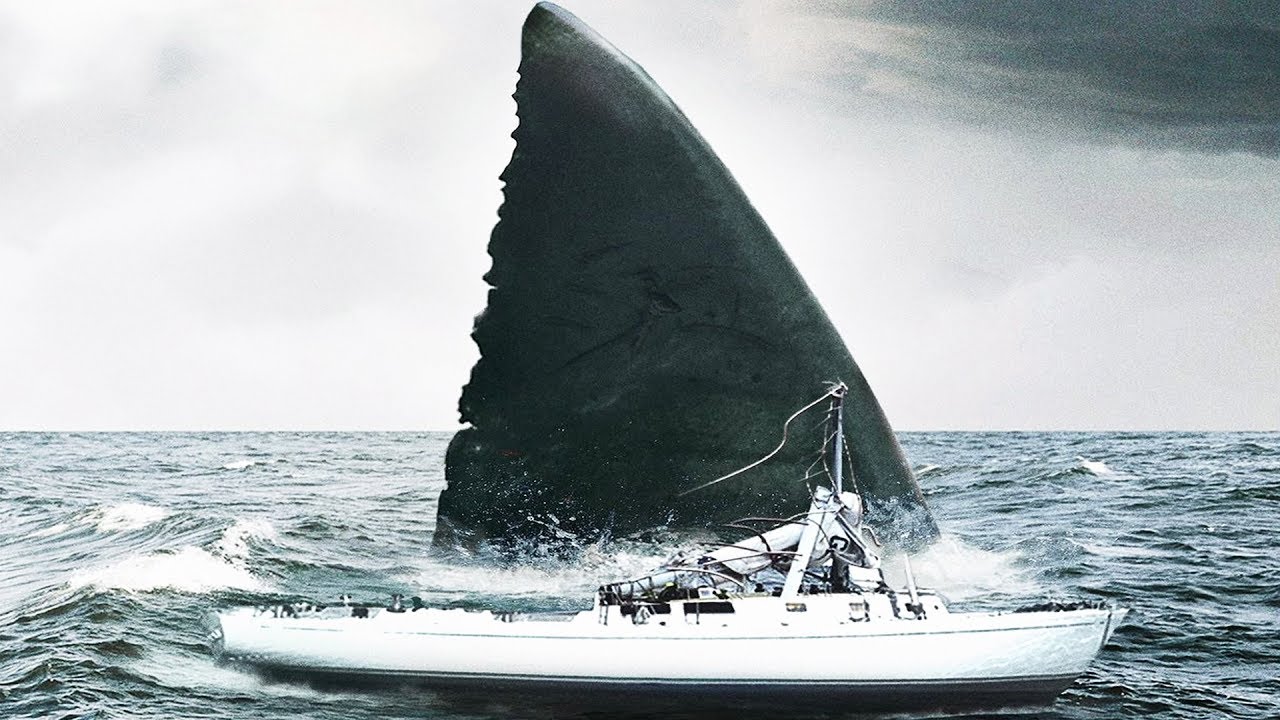 What works in The Meg are Jason Statham and the light-hearted nature. Statham as Jonas oozes charm and personality. His combination of swagger, bravado, oddly rational arguments, and affability significantly contribute to keeping The Meg afloat. Statham knows he’s been cast to play the superhero in the title card fight of man vs. shark and seems to be relishing every minute of it. He even develops a friendship with an 8-year old girl which is incredibly sweet and endearing. He’s also willing to challenge the dino-shark to a bare-knuckled brawl if need be, and audiences will certainly cheer as they wonder “how’s Statham going to get out of this mess?” and his crazy answers never disappoint.

The Meg seems to know that nearly every idea about how to construct a shark movie has dried up at this point, so it happily samples the pantheon from Jaws to Sharknado with not-so-subtle nods to many of its predecessors. It’s a clever place to swim in, as the movie seems fully aware of its ridiculousness, but also wants to be grounded enough as to not completely lose audience through huge swaths of suspended disbelief (beyond the obvious 75-foot shark suddenly terrorizing people, of course). For example, in these big-beast-gone-wild movies, typically the chaos can be traced back to a human who makes an inexcusable idiotic decision and then later gets their comeuppance in gloriously violent fashion. The Meg doesn’t quite have that character, fortunately, and more often than not the humans make rational decisions when having quieter planning discussions, saving irrational and absurdly heroic actions for the times of peril, of which there are plenty. The result is an entertaining balance of adventure and thrills that leans heavily into entertainment over drama.

While the chemistry among the cast keep The Meg swimming right along, some may find the lack of a defined tone deflating. The Meg is a little suspenseful, but not a lot. It is a little funny, but not a lot. It is a little gruesome, but you get the idea. The vast existing library of shark movies are along of spectrum of scary to humorous, and The Meg has decided to drop anchor squarely in the middle. The result is an experience that is certainly watchable, but it lacks a quality, moment, or character that is truly memorable. Most people who seek out The Meg could likely name for you their favorite killer shark film from years past, with the reason for their selection. Whatever the pick, The Meg is unlikely to unseat that current finned champion because The Meg is good across all dimensions, especially the numerous action sequences, but never differentiates itself as great in any particular category.

The Meg should be applauded for being exactly what it is promises to be—a well-constructed popcorn film that is an ultimately entertaining entry into an already overcrowded genre, even if it is likely to be lost to sea over time.

Recommended if you liked: Deep Blue Sea, Sharknado, The Shallows