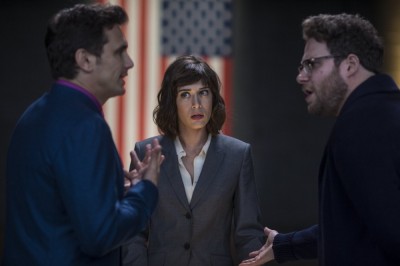 Well, I’ve finally seen The Interview and, let me just tell you, it’s a pretty decent little comedy. Cause for international furor? Not really. More like a modern Rat Pack kind of thing where a bunch of guys get together and make a movie for the hell of it.

After Skylark announces the interview, the two are visited by CIA Agents Lacey (Lizzy Caplan) and Botwin (Reese Alexander) – who suggest they ‘take him out.’ After riffing on possible meanings for the phrase, the exasperated Lacey has to spell it out for them – and they aren’t rally given much of an opportunity to refuse. 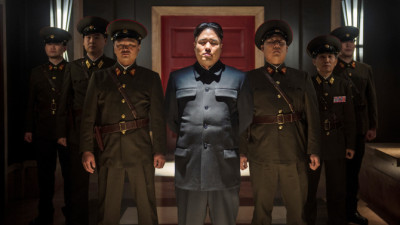 Upon their arrival in North Korea, they are met by Sook (Diana Bang), the top media relations person in the country and taken to meet Kim – who thoroughly charms Dave to the point he’s about to refuse to follow through. Finally, though, Kim reveals his true self at a dinner to mourn his personal bodyguards (long, meandering, weird side arc) and Dave excuses himself, saying he needs to get some air.

As he tries to convince himself that Kim was just talking, he sees a well-stocked grocery store that he was driven past when they first arrived. Everything in it is fake. So Dave decides to show North Korea the real Kim.

In the meantime, Aaron and Sook have discovered they have ‘chemistry’ and in the throes of passion (no hands – for a very awkward reason tied into the assassination plan), reveals she wants to see Kim deposed.

Written by Dan Sterling from a story by Sterling, Rogen and Evan Goldberg, The Interview is a mad series of improbabilities and stitched together sketches that combine to form a mostly coherent tale of bros and their foibles – plus a plot to kill the leader of the most isolated nation in the world. 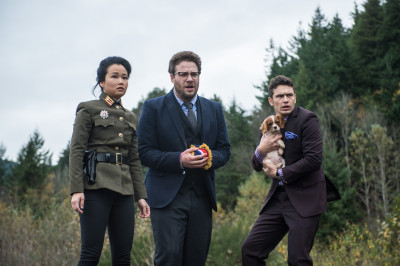 Goldberg and Rogen direct with a very light (possibly too light) touch and the film tends to meander when it should be focusing. About half the gags fall flatter than a pita, but the ones that work can be stunningly funny.

It would have been fun to have been able to see this in auditorium with four hundred people. This, like most of Rogen’s work, would benefit from the contagion of laughter that only comes with a real audience but I found myself laughing more than I thought I would, given the movie’s premise.

If there’s any justice, The Interview will result in plenty of work for Randall Park and Diana Bang – both of who frequently steal scenes from Rogen and Franco.

Is it worth seeing? Yes. But maybe only once. Hey, it’s no Pineapple Express!