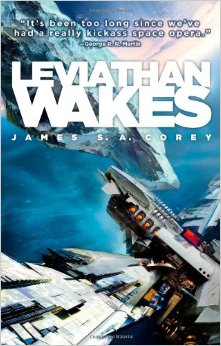 Based On the International Best-Seller, The Expanse Will Premiere on Syfy in 2015

NEW YORK – October 29, 2014 – Syfy and Alcon TV today announced the start of production for The Expanse, the new 10-episode epic space drama based on the international best-selling book series of the same name. Currently shooting in Toronto, Canada, The Expanse will premiere on Syfy in 2015.

The Expanse is a thriller set two hundred years in the future, after mankind has colonized the solar system. A hardened detective (Thomas Jane, Hung) and a rogue ship’s captain (Steven Strait, Magic City) come together for what starts as the case of a missing young woman and evolves into a race across the solar system to expose the greatest conspiracy in human history.

Emmy winner and Oscar nominee Shohreh Aghdashloo (House of Saddam, House of Sand and Fog) was recently announced to play Chrisjen Avasarala, a member of a political family legacy.

Sean Daniel (Graceland, The Mummy) and Jason Brown of the Sean Daniel Company developed the original pitch as a direct-to-series project, with Fergus and Ostby. Daniel and Brown will executive produce. Ben Cook will serve as producer.

The series is based on the popular New York Times bestselling book series collectively known as The Expanse, written by Daniel Abraham and Ty Franck (under the pen name James S. A. Corey). Abraham and Franck will be show producers.