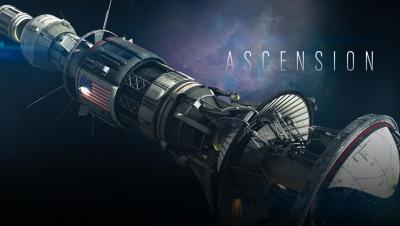 Created and written by executive producer and showrunner Philip Levens (“Smallville”), “Ascension” is an ambitious original drama following a covert U.S. space mission launched in the 1960’s that sent hundreds of men, women and children on a century-long voyage aboard the starship Ascension to populate a new world.  Half way into their journey, as they approach the point of no return, the mysterious murder of a young woman causes the ship’s population to question the true nature of their mission.

“Ascension” is produced by Lionsgate Television and Sea to Sky Studios in association with Blumhouse Productions. Jason Blum (“Stranded,” “The River,” film franchises “Paranormal Activity” and “The Purge”) is an executive producer on the project along with Ivan Fecan, Tim Gamble and Brett Burlock on behalf of Sea to Sky Studios. The event series will be co-financed and distributed by Universal Cable Productions and Lionsgate Television.