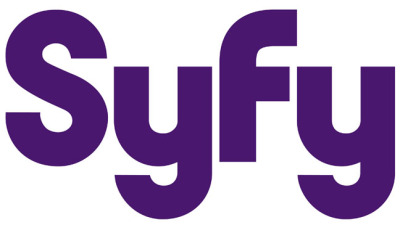 Syfy continues to find intriguing subjects for unscripted series. The latest, The Bazillion Dollar Club is a Silicon Valley-based docu-series about ‘the brilliant and cutthroat world of today’s forward thinking innovators.’

The series will follow two men – Dave McClure and Brady Forrest – whose companies ‘offer two of the world’s most aggressive accelerator programs that mentor startups leading up to the launch of their billion dollar idea.’

The six episode series will air in 2015. For more, follow the jump.

SYFY INVITES YOU INSIDE “THE BAZILLION DOLLAR CLUB”

“The Bazillion Dollar Club gives our audience of imaginative thinkers the opportunity to literally invent the future by bringing to life their visionary ideas and dreams,” said Howe in making the announcement.  “This show is important to Syfy’s unscripted strategy to engage fans with entertaining and informative real-world drama that taps into their curiosity, passion and creativity.”

The show follows Dave McClure, a relentless drill sergeant who founded software accelerator 500 Startups, and Brady Forrest, the quirky and creative mind behind the hardware accelerator Highway1. Their companies offer two of the world’s most aggressive accelerator programs that mentor startups leading up to the launch of their billion dollar idea.

McClure has invested in over 800 companies worldwide including 3D printing company Makerbot, which was acquired by Stratasys for 400 million dollars; the social media startup Wildfire, acquired by Google for 350 million dollars; financial monitoring service Credit Karma, recently valued at over one billion dollars; and telephony innovator Twilio, which has raised over 100 million dollars in venture capital.  In just five years, his venture capital firm has funded thousands of entrepreneurs and helped them raise over two billion dollars.  McClure is regarded as an innovator and influencer in social networking, and he was also an early employee at PayPal, working with the infamous “PayPal Mafia,” a group of tech entrepreneurs who later founded multiple billion dollar startup companies including LinkedIn, YouTube, Yelp and Yammer.

Forrest is a technology evangelist, obsessed with opening doors for makers, entrepreneurs and inventors looking to launch the world’s next game-changing product. Forrest is currently vice president at Highway1, the hardware accelerator that is part of PCH, and is responsible for some of the hottest names in the hardware renaissance including: CUE, the mobile medical testing kit; Navdy’s iPhone HUD for cars; Drop’s connected baking assistant; and Ringly’s fashionable connected rings. Under his leadership, PCH &Highway1 have funded over 35 companies with a focus on innovative consumer products. Forrest also co-founded Ignite, the worldwide global talk series that has been embraced by geeks in over 200 cities.

“Part of the fun of science fiction is seeing all of the fantastic gadgets and technologies, and imagining how they could exist in the real world,” said Bill McGoldrick, Syfy’s EVP, Original Content.  Added Heather Olander, SVP, Alternative Series Development and Production, Syfy, “The inventors that are part of Dave and Brady’s program are developing products and technology that seem like they are ripped straight from the world of sci-fi, but these innovations will be our future reality.”

From startups to Fortune 500s, PCH designs custom manufacturing solutions for the world’s best brands. Whether design engineering and development, manufacturing and fulfillment, distribution or retail, PCH takes on the toughest challenges. If it can be imagined, it can be made. At PCH, we make.

Zero Point Zero Production, Inc. is a television and digital production company founded in 2003 by Executive Producers Chris Collins and Lydia Tenaglia, with partner and Managing Director Joe Caterini coming aboard in 2009. Since its inception, the company has produced hundreds of hours of television in over 90 countries around the world, including the two critically acclaimed, Emmy & Peabody Award winning series, Anthony Bourdain: Parts Unknown (CNN) and The Mind of a Chef (PBS).  ZPZ is currently in production on Anthony Bourdain: Parts Unknown season 4 (CNN); The Hunt with John Walsh season 2 (CNN); City.Ballet season 2 (a co-production with Sarah Jessica Parker for AOL On Originals); The Mind of a Chef season 3 (PBS); the award winning series, MeatEater with Steven Rinella season 5 (Sportsman Channel); The Getaway season 2 (Esquire/NBC); Phil Rosenthal (untitled series for PBS) and a documentary feature film on Jeremiah Tower (CNN Originals).