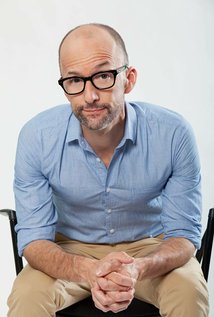 Stranger Things is getting an after show, hosted by Community’s ex-dean, Jim Rash. Beyond Stranger Things will feature guests – co-creators  the Duffer Brothers, members of the cast and special surprise guests.

How does that even work on Netflix (I hear you ask)?

Go Beyond Stranger Things.
The much anticipated second installment of the beloved drama series now has a show, after the show.

Hosted by writer, producer, actor and super fan Jim Rash, Beyond Stranger Things tackles inspiration for the series, behind-the-scenes stories, and analyzes every aspect of the second season – answering all the burning questions.

WARNING: DO NOT watch before you finish the ENTIRE season!

Beyond Stranger Things is a Netflix original series produced by Embassy Row with Michael Davies and Jen Kelly Patton serving as Executive Producers and Patrick Doody serving as Supervising Producer.