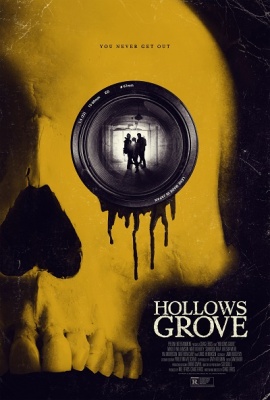 Hollows Groves, a movie about a behind-the-scenes look at a Ghost Hunters type of reality series, was spawned by writer/director Craig Efros’ skepticism – not of the supernatural, but of the hi-tech ‘smoke and mirrors’ that can be used to make the audience believe that those kinds of paranormal investigators are actually encountering paranormal activity.

The result is a film that asks if such investigators really believe in what they’re doing and, if not, what might happen if they actually encountered something supernatural?

Hollows Grove stars Lance Henriksen and Mykelti Williamson and will be released on VOD through iTunes and www.hollowsgrove.com on Tuesday, October 21st. Follow the jump for details. 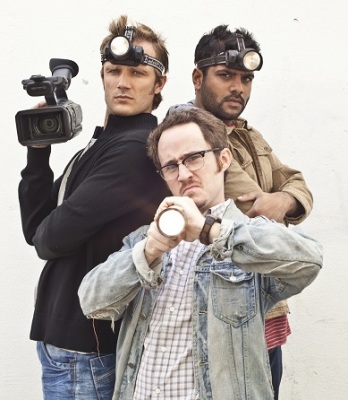 In HOLLOWS GROVE, the “Spirit and Paranormal Investigation Team,” (S.P.I.T.), Heads to an Old, Abandoned and Supposedly Haunted Orphanage to Shoot an Episode of Their Hit TV Show S.P.I.T, Only to Discover too Late that It Might Really Be Haunted

HOLLYWOOD, CA – (October 8, 2014) Filmmakers Mel Efros and Craig Efros announces Craig’s feature-directorial debut HOLLOWS GROVE, which he also wrote, and produced along with Mel, will be released on VOD through iTunes and the film’s website www.HollowsGrove.com on Tuesday, October 21, 2014.

In HOLLOWS GROVE, a young filmmaker, Harold Maxwell, is shooting a behind-the-scenes documentary on his ghost hunting reality show friends, the Spirit and Paranormal Investigation Team, (S.P.I.T.), as they prepare for their next assignment. Harold and the S.P.I.T crew head out to film an old, abandoned and supposedly haunted orphanage, Hollows Grove. Soon after arriving at the orphanage the team begins to realize that what they thought would be a routine investigation is turning in to a nightmare from which they cannot escape.

“I always find myself a skeptic when watching ‘reality ghost shows.’ It is not because I don’t necessarily believe in ghosts, but because I see these ‘ghost hunters’ reacting almost comically to what they can’t see by using: quick cuts, slow replays and faint sounds to get the audience to believe, that what they are seeing is real. This is modern day ‘smoke and mirrors’ sometimes done with camera tricks and editing. To me, many times it feels as though the ghost hunters themselves don’t really believe in what they’re doing. This has always interested me and I wanted to know what the ‘behind the scenes’ were like. Was it all a put on? If so, did they feel any remorse for lying? What would happen to these paranormal detectives if they really discovered the ghosts they always claim to be seeking?  These thoughts are what inspired me to write HOLLOWS GROVE and to delve deeper into these questions,” said Craig Efros. 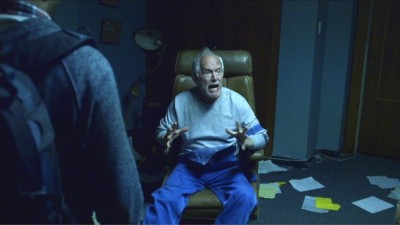 Producer Mel Efros is a veteran film and television producer whose many credits include Switchback, which he executive produced, Star Trek V: The Final Frontier, which he co-produced, and the hit TV shows “Gilmore Girls” and “Lois and Clark: The New Adventures of Superman.” Writer/Director/Producer Craig Efros majored in Film Studies at U.C.S.B., started his film career working in post-production. For over a decade, Craig worked in production on various film and television shows while developing his own projects and writing scripts.

The film will also be available for purchase as a download at www.HollowsGrove.com