Entertainment News for The Rest of Us
Lauren Pon
Hollywood Insider 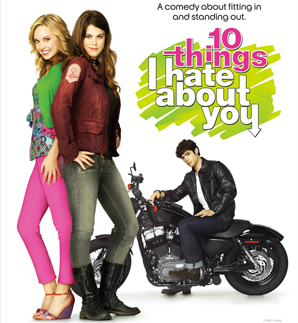 10 Things films in Santa Clarita, California, about forty-five minutes north of Los Angeles.  It’s hot, stifling, and all in all, overwhelming.  Step into the studio, though, and it’s a different world.  The lighting might not be right.  There might not be any students around, or ceilings, for that matter, but make no mistake: you’re back in high school.  How’s it feel? 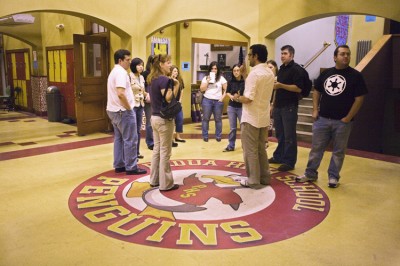 Padua High School is no longer a preppy, towering prep school castle in the middle of a suburb as it was in the movie; it’s a public high school in the suburbs with Spanish feeling architecture and handmade posters everywhere. A fun fact: the Padua High set used to be the set of Melrose Place.  The school’s stairwell used to be Melrose’s infamous pool, much to Covington’s delight: “Every time I walk by [the pool], I’m like, ‘Oh, my God, that’s where Sydney threw Jane into the pool!’”

The quad is the epitome of high school – fenced in by lockers, decorated with chewing gum-lined water fountains.  This is, according to Covington, where he wanted a large amount of the scenes to take place: a setting where all characters could be present without being directly involved with one another.  There’s a trophy case in the main hall, burgundy and gold lockers at every turn.  Surprisingly, there is only one classroom, which is redecorated and used for every classroom scene in the series. 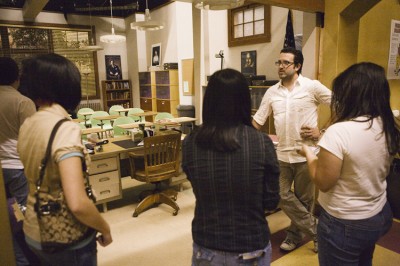 Not only were we allowed to tour the set, but we also observed production.  The episode being filmed, as well as several others within the season, is directed by the director of the original film, Gil Junger.  Junger is a director who seems to know exactly what he wants, running an efficient set that’s still able to laugh at itself when appropriate.  It’s hard to describe at the moment after being asked to keep the scene under wraps by ABC Family, but filming was taking place in the Verona household, where Bianca is shown spending time with a friend.  With a brief appearance by Miller as Martin’s father, the scene is hysterical – and decidedly un-ABC Family.

While the network’s other show, Greek, has pushed some limits, this scene pushed things even further. When the idea of Bianca selling her panties to Japan was turned down, this scene was written to replace it.  The biggest hint I can give?  Webcam. 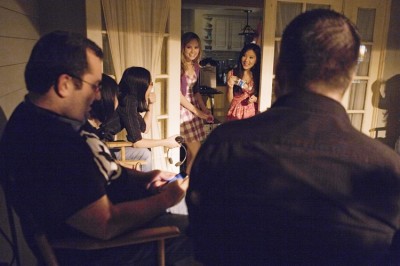 Feel sufficiently teased?  The scene shows up in episode six.

The set visit cannot fully be described without Covington, whose commentary gave every item on set a bit of history, humor, and insight to the show.  Every piece had a purpose or a story, an anecdote to bring back Carter’s own memories as well as those of the television viewer.   Tomorrow, more of his thoughts on the set, as well as his thoughts on the show itself.