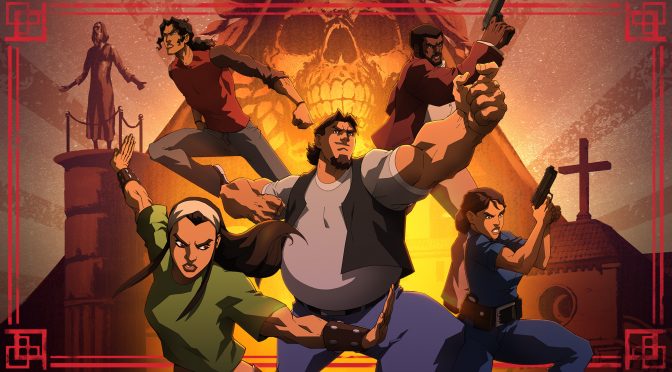 Seis Manos is an anime series that mixes martial arts, magic and mayhem in unique manner. Set in Mexico, it looks and feels authentic – possibly because it was co-created by Álvaro Rodríguez (From Dusk Til Dawn: The Series) and Brad Graeber (Castlevania).

What you need to know: If you love Castlevania you will probably love this (the same animation studio does the impeccable animation).

VIZ Media’s first original anime series, Seis Manos, is set in a small town in Mexico – where Sifu Chiu (voiced by Victor Chao) has taken in three orphans – Silencio, Isabela (Aislinn Derbez) and Jesus (Johnny Cruz – and treated them as though they were his blood children. 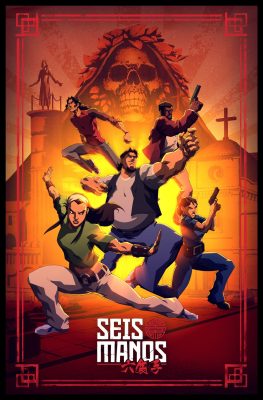 He also trained them in martial arts, so when he is violently killed, the three set out to find out who did – with an eye to taking vengeance.

Indeed, the man behind the beasties that are terrorizing the town is El Balde (Danny Trejo) – a crime boss who has access to a unique and frightening magic (more chilling because of its source). 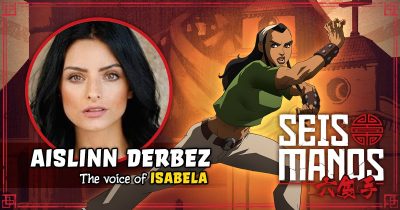 Then, just to confuse matters even more, there’s the town’s sheriff, Garcia (Angélica Vale) and her fractious relationship with a DEA agent – Brister (Mike Colter) – who comes into town all aggressive and bossy (an ugly American if ever there was one).

And who would think an elderly wise woman would be a vital key to the trio’s quest for vengeance. 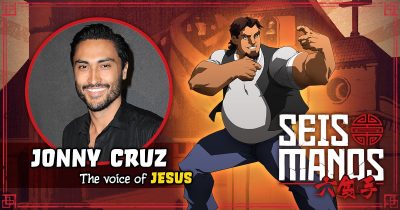 Through Seis Manos’ eight episodes, we learn more about each of the characters in well-placed flashbacks – why Silencio is silent; why Jesus may like his booze so much; the real reason Brister was given this particular assignment, and so forth.

Like Castlevania, Seis Manos is violent enough to warrant an R-rating – though the violence doesn’t really peak until the later episodes.

Like Castlevania, Seis Manos is well thought out and beautifully developed. 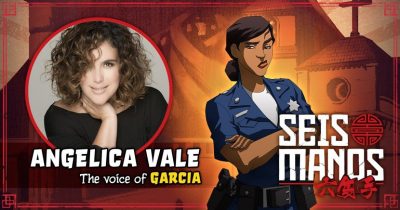 And, like Castlevania, Seis Manos is brilliantly hand animated (as mentioned above, by the same studio that does Castlevania).

Unlike Castlevania, Seis Manos lacks a built-in audience ready to check it out – which is too bad. It is a brilliant piece; as good as Castlevania, at least.

Also, like Castlevania, Seis Manos runs eight episodes of just under 30 minutes each – you can binge it in about three and a half hours and you’ll be glad you did.