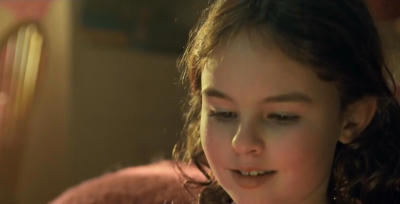 Last week Allison and Donnie finally came together as a dangerous couple in love, we saw Dyadic dealing with the fallout from Leekie’s murder, Cosima is really sick, Rachel gets her dad back and we found out that the clones are barren by design and that Sarah was a mistake, we met a transgender clone named Tony and there was no Helena sighting. Tonight’s Things Which Have Never Yet Been Done is the penultimate episode before next week’s S2 ender. 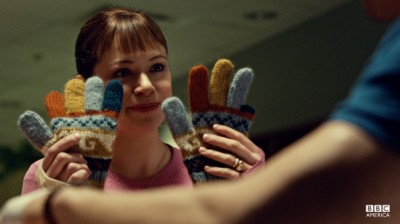 I really think Allison is the clone you have to watch out for, she and Donnie start the episode by hiding Leekie’s body in a freezer, they quickly realize that’s not a long term option so they discuss other ways to get rid of it. Apparently Allison watches Dexter and knows dumping it in a lake isn’t a good idea. Victor shows up while they are in the middle of tearing up their garage. He’s still working with Angela. 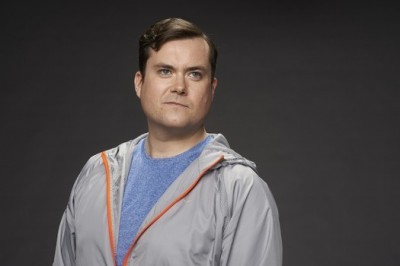 Donnie finally takes charge of the situation and confronts Angela and tells her to back off or else. Allison finds the new manly Donnie yummy. Drawing a heart in freshly laid cement where you just buried a body is never a good idea. – especially when you have cop determined to catch you doing something wrong.

Helena and the Cult 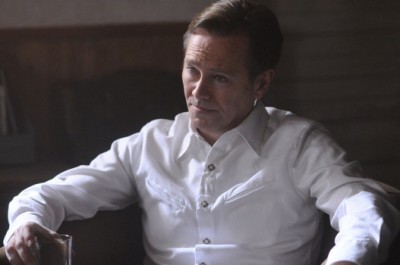 Just when Helena was fun and interesting they stick her back with the cult. This plot line has been irritating me all season. It is an overly complicated confused mess. I can’t even begin to tell you what’s going on. Looks like Helena just got her babies implanted and will soon be a mommy. I guarantee there’s no way that’s going to end well. One of the girls in the cult got spanked for touching Helena. Helena threatened to gut the crazy cult mom if she abused her kid again. 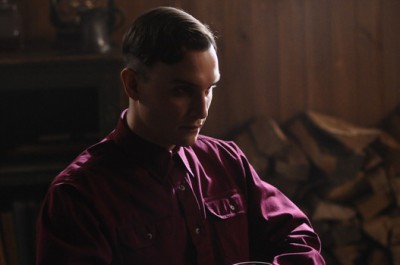 The cult leader inseminates his daughter with Helena’s eggs, that includes his sperm and tells Creepy Mark he has to stand by her. Gracie tells Helena the truth – weird cult leader is using Helena’s eggs to create an army of children and is using all the women as broodmares. Gracie and Helena get caught trying to escape. Mark and Gracie run out while Helena holds creepy cult leader guy. I’ve hated this confused mess of a plot line all season, but there were some fun Helena moments this episode. 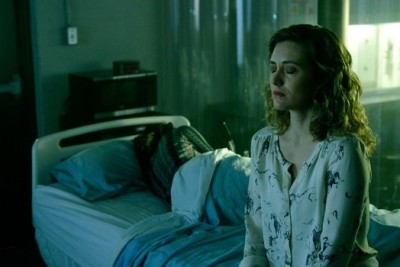 Rachel gives Delphine a big promotion this week, she’s taking over Leekie’s job. It’s a ploy to get Sarah to cooperate. There’s a nice moment where Allison, Sarah and Cosima are on a conference call discussing her illness. I miss seeing the clones together this season. Kira donates the bone marrow to help Cosima where we witness a touching moment between Felix and Sarah.

Marion tells Rachel that Sarah interests her because of her independence and confronts her about Leekie and Delphine. What is going on with the normally emotionless Rachel? Last week she went crazy and this week she’s crying over video of her childhood. She is either getting sentimental because her daddy is back, she’s going crazy or she’s just jealous of Sarah. Not sure which. Where’s sleazy Paul? He hasn’t been seen in a few episodes. Delphine discovers Rachel has a spy in Mrs. S camp and warns Sarah. It’s too late though, Rachel dresses up as Sarah and kidnaps Kira.

Holly crap, things go eschew really fast during the last few minutes. Helena goes full on cray, Rachel gets her hands on Kira and Donnie and Allison get dirty.