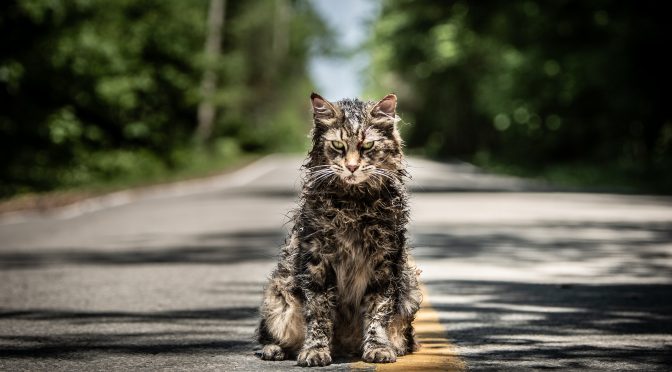 It’s been decades since I read the book, or even watched the first movie adaptation of Stephen King’s Pet Semetary, but despite attempting to convey the weight of King’s tale, it falls short.

Ponderous and predictable (even if you haven’t read the book or seen the original film adaptation), Pet Semetary elicited more laughs (in all the wrong places) than scares in the screening I attended. 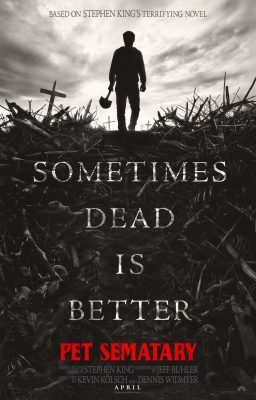 On the positive side, Laurie Rose’s excellent cinematography is unflinchingly claustrophobic and Christopher Young’s score never calls attention to itself while underscoring the emotions and horrors onscreen.

Jason Clarke and Amy Seimetz are solid in their presentation of married couple Dr. Louis and Rachel Creed, and Jeté Laurence is better than you might expect as their daughter Ellie. Twins Hugo and Lucas Lavoie do exactly as you would expect as their toddler son, Gage.

John Lithgow plays his kindly neighbor with a horrible secret, Jud, well enough – especially in a couple of critical scenes in the first and last thirds of the film.

The film has a handful of jump scares of varying degrees of effectiveness – the only two that truly work are not even of supernatural original.

As for the negative…

It’s hard to tell if Jeff Buhler’s script (from a story by Matt Green) is any good because directors Kevin Kölsch and Dennis Widmyer pace the film so ponderously – until its final third, when some serious body horror and murder takes place.

Then there’s the opening scene of the film – a slow zoom in on what we will come to know as the Creeds’ new home that features a fair amount of blood. There’s no better way to sabotage a horror film by giving us what could be the ending in the first thirty seconds.

I’m giving nothing away to note that film centers on the Creeds – a family that suffers some tragedy – and that Rachel and neighbor Jud have secrets that play into the proceedings.

The concept of things – in particular, the family cat, Church (short for Winston Churchill) – coming back from the dead… changed… well, that’s in the trailers.

And speaking of trailers, Jud’s line, ‘sometimes dead is better’ could apply to Pet Semetary as a whole.

Thanks to some solid performances Pet Semetary manages to avoid being truly awful, but it is really, really average.