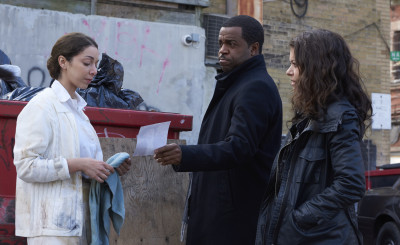 The third season of Orphan Black is taking shape in some unique ways – not the least of which is the way it’s circling back to the Proletheans.

As teased with her brief appearance in last week’s episode, Gracie Johansson is back – and her honeymoon with Mark turns out to be something else as well…

Written by Chris Roberts and directed by John Fawcett, Formalized, Complex and Costly further deepens the intrigue surrounding the Castor Clones’ (Ari Millen) glitch and their need for the original samples, while Detective Art Bell joint the Clone Club (Tatiana Maslany) in the circle of those who know about their existence.

Other highlights include Rachel’s therapy – and the realization that she might possibly be running the ragged edge of her expiry date; Gracie’s (Zoé De Grand Maison) encounter with a member of the Clone Club; Helena making threats that Paul (Dylan Bruce) and Rudy should really not take so lightly, and Felix (Jordan Gavaris) uttering the immortal lines, ‘Oh. I looked. I really shouldn’t have looked.’

Nicholas Campbell guest stars as a former associate of Gracie’s dad and let’s just say that things don’t go well for him.

The Clone Club (well, Cosima, at any rate) discovers the nature of the Castor Clones’ glitch; Alison puts her plan to supplant school board trustee Marcie (Amanda Brugel) on the school board but show a little short-sightedness in their ‘pharmaceutical entrepreneurial’ acumen (really! How hard is it to remember to lock the door?), and Cosima calls Scott (Josh Vokey) ‘Igor.’ 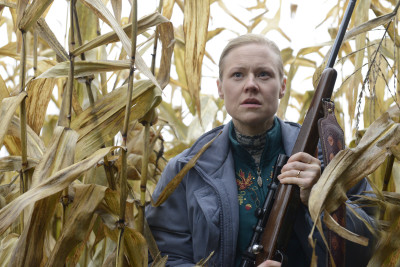 Formalized, Complex and Costly is a lovely episode. It weaves so many threads together so well that it resembles a strand of DNA – complex, but not without a certain flow and beauty of form. It also plays a bit with Sarah’s relationship with Art – and his late partner, Beth Childs.

There are also indications that there’s an element of impending deadlines involved in the lives of both sets of clones – Cosima has a minor coughing moment – and we learn that Seth went from fully functional to totally glitched in a day.

The Clone Club has been established as a family, but it might be this episode that really makes it clear that the Castor Clones are family, too – if in a different way (or not…).

There will be endless discussions about the themes explored over the course of the season, but it’s important to remember that without an entertaining story – filled with engaging characters, intriguing plotlines and great acting – we wouldn’t be able to ask what it all means because we’d be bored to tears. Orphan Black continues to be one of the best shows on TV because it says stuff in entertaining ways.

This week’s episode is no exception.