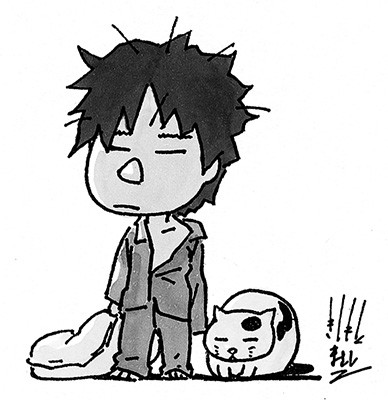 San Francisco, CA, August 4, 2015 – VIZ Media, LLC (VIZ Media), the largest publisher, distributor and licensor of manga and anime in North America, prepares to welcome Masashi Kishimoto, the renowned creator of the NARUTO manga (graphic novel) series, for his first-ever U.S. appearance at the 2015 New York Comic Con and delights fans with today’s news that Kishimoto also will participate in a pair of signings sessions and in-store appearances as part of New York Super Week, co-sponsored by the Japan Foundation. The personal appearances will take place at the Manhattan locations of Kinokuniya Bookstore and Barnes & Noble Tribeca, on October 9th and 10th, respectively.

“Masashi Kishimoto has had a tremendous impact on the pop culture landscape with NARUTO, and the bestselling series has captivated millions of fans internationally and introduced scores more to the exciting world of manga,” says Andy Nakatani, Editor in Chief, WEEKLY SHONEN JUMP. “We are honored to welcome him to New York Comic Con and Super Week and invite fans to share in the excitement with these special personal appearances!”

New York Super Week precedes the 2015 New York Comic Con and runs October 5th to 11th. The unique immersive pop culture event transforms the entire island of Manhattan into a playground for a colorful array of superheroes, villains, cosplayers, artists, celebrities and passionate fans of from all over the world that gather to take part in a variety of themed events all over the City including concerts, comedy shows, gaming events, lectures, podcasts, storytelling, food tastings. Full details are available at: http://www.newyorksuperweek.com.

Meet Masashi Kishimoto, creator of NARUTO, the best-selling manga series that inspired a generation of fans around the world and spawned hit anime series, movies, video games, novels and more. This event is an extremely rare opportunity to see the legendary Kishimoto in his first public appearances outside of Japan.

All participants must secure a SuperWeek event ticket. NARUTO Volume 72, featuring an exclusive New York Comic Con variant cover drawn by Kishimoto, will be available for purchase. Attendees will receive a free autographed Shikishi art board with purchase of one of Kishimoto’s works. (*Note: Kishimoto will only sign the provided shikishi and on-site purchased book.) For additional information and tickets, please visit: http://www.newyorksuperweek.com/en/Sessions/14846/Masashi-Kishimoto-Signing

Masashi Kishimoto makes his second appearance for New York Super Week at the Barnes & Noble Tribeca location. The Barnes & Noble Tribeca signing will be limited to the first 110 customers that purchase one of Kishimoto’s works; NARUTO Volume 72 featuring an exclusive New York Comic Con variant cover drawn by Kishimoto will also be available for purchase at this venue. Each person will receive an exclusive shikishi art board signed personally signed by the artist. (*Note: Kishimoto will only sign the provided shikishi and on-site purchased book.) For additional info, please visit: http://www.newyorksuperweek.com/en/Sessions/14847/Masashi-Kishimoto-Signing

Masashi Kishimoto was born in 1974 in rural Okayama Prefecture, Japan. His first version of NARUTO, drawn in 1997, was a one-shot story about fox spirits; his final version, which debuted in Weekly Shonen Jump in 1999, quickly became the most popular ninja manga in the world. The series spawned multiple anime series, movies, novels, video games and more. Having concluded the series in late 2014, he has kept himself busy with the side-story Naruto: The Seventh Hokage and the Scarlet Spring and with writing the story for the latest Naruto movie, both of which will focus on the title character’s son, Boruto. The NARUTO manga series is published in North America by VIZ Media.