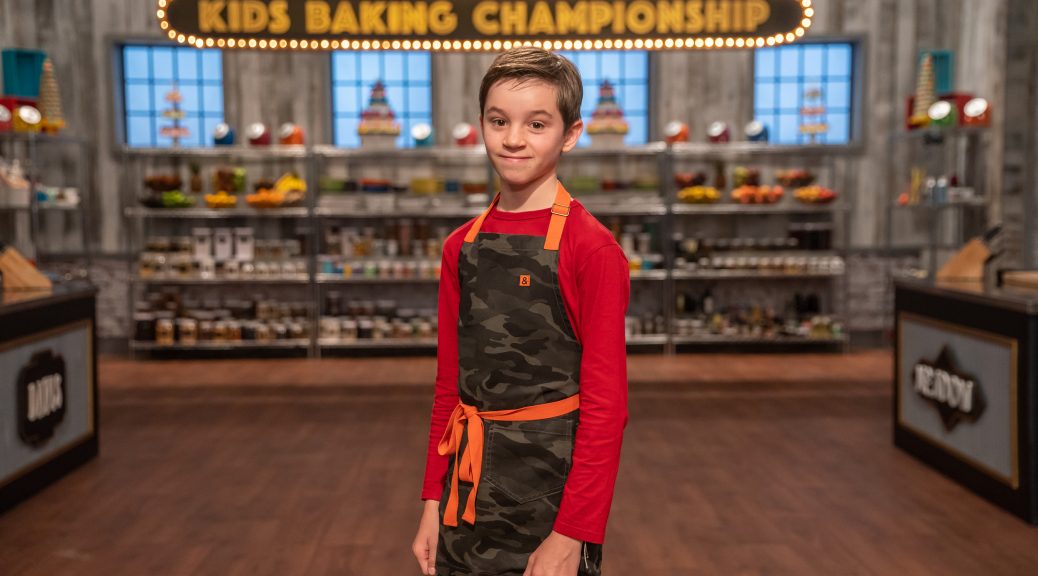 On the first 2019 edition of  EMExclusives, Annapolis native Misha Jones is one of a dozen kids to take part in the Sixth season of Kids Baking Championship this Monday, January 7th on The Food Network. Up for grabs is a feature in the Food Network Magazine, a grand prize of $25,000 and a year’s worth of bragging rights. For Misha, its an unique experience he’ll never forget!

I want to ask you is, how did you develop your skills? Did you watch the cooking shows on television or YouTube, or did you observe in the kitchen?

Well, my mother, she always baked and she was a chef for as long as I can remember—not professionally, of course—but she always makes amazing things around the house for dinner. And she always made me and my little sisters birthday cakes.

My mother’s birthday cakes are so good, and about two years ago, I made a pumpkin pie for Thanksgiving that I thought was delicious. And it turns out that’s what got me into baking.

I really like making cupcakes but I like bake or cook anything that is available to do and it really depends on what I’m feeling or the time or the season, because I always like to bake with special ingredients.

Is there a particular flavor of cupcakes that you always love to make?

Lemon curd. What is lemon curd, for those who don’t know?

Lemon curd is this sort of sauce. It’s made from lemon and lemon zest. It’s called a curd because it has egg yolks in it, and the egg yolks give it a yellow color. And you have to get the tempered egg yolks so that they don’t curdle.

I made a really good friend in dance class named Sammy, and he was the one that encouraged me to apply for the competition because he knew that I really like to bake. And I didn’t know anything about this, because I didn’t have cable then, so I went through the whole experience, applied for the show, and the next thing I knew, after a ton of series of auditions and everything, I got on the show and it was crazy.

I bet it was, especially since you’re competing against hundreds of hopefuls, and you are only one of twelve to represent this year’s competition. That is brilliant. I have to tip my hat to you, sir. You did an excellent job, especially beating out hundreds of people to get one of those twelve coveted spots.

You not only had the eleven competitors in the competition, but you have Valerie Bertinelli and Duff Goldman serving as your mentors throughout. Tell us the life of being on the set, being in competition—especially since you have a $25,000 grand prize, a possible Food Network feature and bragging rights on the line.

Well, I met some really amazing people on the show, amazing friends, and I’ve met up with them a few times after the show, before it airs and after it was filmed. They’re so great and just being on the set in general is just amazing, and baking in the kitchen—it has everything you could ever dream of, and it’s just so cool to be able to use all those things. It’s a really beautiful set, and I—it’s really a great experience.

Well, I’m glad you had a wonderful time. So, I read your bio that you like to play the violin, you like to dance and you love reading up a storm. So I want to know what kind of books do you like to read in your spare time, since I’m a huge bibliophile myself?

I like dystopian novels and I like reading fiction, because it’s like a little glimpse into a world that is not quite here, but it’s slightly altered. It’s really interesting to see how different the world could be.

Do you have a favorite dystopian novel?

I really like reading the short stories of Ray Bradbury.

Ah, you’re a Potter fan? So, which house do you belong to?

Ohh, I wish you said Hufflepuff. That’s my house. And what is your favorite book of the seven series?

Excellent, so no favorites, just all equally. That’s wonderful. So, the first episode coming out is “Baking with Bacon,” and according to this you’ll be baking cupcakes, which is two of my favorite things. So, if you had to cook a different bacon dish, what would you cook with bacon?

Well, if it could be my favorite, it would be bacon and hash browns and eggs, because all of those are pretty simple to make, but they all turn out to be really delicious.

You’ve never watched any of the previous seasons. How do you feel this season is going to come along, especially since you’ve been to the competition, you said it’s already been filmed. How would you feel this competition, compared to the other competitions you may or may not have seen in the past?

So, what did you take away from the overall experience?

Well, I made some amazing friends, and I think that this is going to be a really important thing in my future, because it’s definitely going to be interesting to see it. I love baking, and I hope it’s only a step in my baking career.

Do you look forward to owning your own restaurant someday down the road?

Yeah, I’m hoping to open my own restaurant.

Well, if you do, please open it somewhere in the DMV so I can come visit and taste some of your cooking. I’d really love to do that.

What are you looking forward to 2019?

Well, Misha, it’s been an excellent time to talk with you about this upcoming show, “Kids Bake Championship” coming up on The Food Network, Monday January 7th and I speak on behalf of all the Marylanders and Washingtonians and Virginians, we hope you win. We hope you win. We look forward to seeing you compete every week.